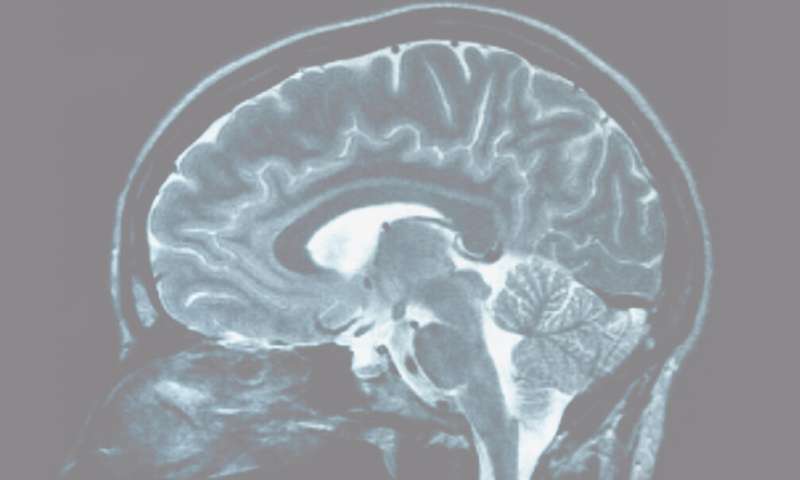 When it comes to certain parts of the brain, bigger doesn’t necessarily equate to better memory. According to a new study led by Michigan State University, a larger hippocampus, a curved, seahorse-shaped structure embedded deep in the brain, does not always reliably predict learning and memory abilities in older adults.

It’s normal for the hippocampus to shrink as we age, but it’s much more pronounced in people with mild cognitive impairment or Alzheimer’s disease. Scientists long believed that a bigger hippocampus meant a better memory until a 2004 study showed that its size does not always matter for memory in older adults. But scientists are only now starting to understand why.

This latest study published online in the journal Cerebral Cortex shows the size or volume of the hippocampus is only a meaningful marker of learning for older people with more intact limbic white matter—the neural circuitry that connects the hippocampus to the rest of the brain.

“Our findings highlight the need to measure not just the size of the hippocampus but also how well it’s connected to the rest of the brain when we look for physical markers of memory decline in older adults,” said Andrew Bender, lead author on the study and assistant professor of epidemiology and biostatistics, and neurology and ophthalmology at MSU’s College of Human Medicine.

The study has potential implications for earlier diagnosis of aging-related memory disorders such as Alzheimer’s disease. Some older adults whose brain scans show a larger hippocampus—perhaps due to high levels of education, physical activity, or social and cognitive engagement—could have their cognitive decline overlooked or mischaracterized if physicians do not also consider their white matter connectivity.

Bender, and colleagues at Harvard University, the Hungarian Academy of Sciences and the Max Planck Institute for Human Development, analyzed two different types of MRI brain scans: one that evaluated hippocampal size and another that evaluated the white matter circuitry that connects the hippocampus with other brain regions involved in learning. The scans came from more than 330 older adults who are part of the Berlin Aging Study-II, or BASE-II, a large, population-based investigation of aging in Germany.

The BASE-II participants also took learning and memory tests in which they heard a list of 15 words and then had to record as many words as they could remember. Each participant repeated the exact same test five times to gauge how they learn through repetition.

Bender and colleagues then analyzed the relationships between how quickly the participants learned and the size of their hippocampus and white matter structure. They reported that faster learning was found only in older adults who had both a larger hippocampus and more uniform white matter circuitry connecting it to other parts of the brain.

“Our findings reinforce a growing perspective that studying age-related changes in learning and memory from a systems perspective appears far more informative in understanding different patterns of brain and cognitive declines than focusing on any single brain region,” Bender said.

Next, he and his colleagues plan to analyze new data from BASE-II—participants who returned for a second round of brain scans and memory recall tests two to three years after their first visits.