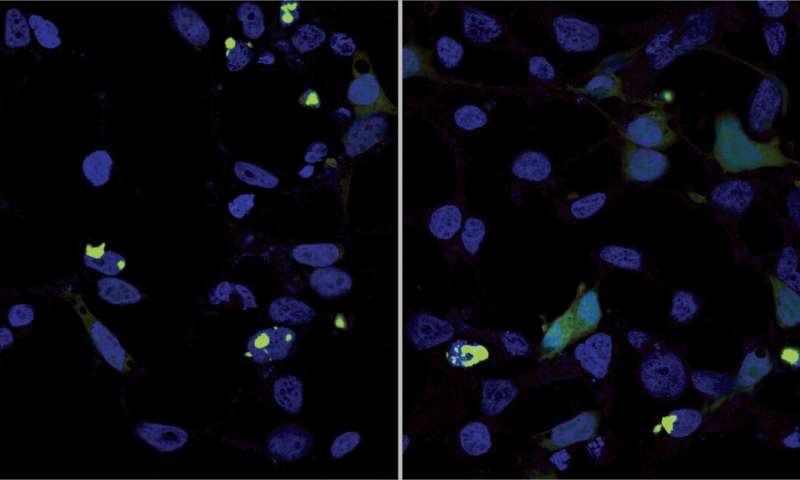 A synthetic small molecule compound called AQAMAN can prevent and even reverse harmful protein build-up in neurons that is associated with several rare neurodegenerative disorders, including polyglutamine (or polyQ) diseases.

People with polyQ diseases, such as Huntington’s and Machado-Joseph diseases, lose muscle control and coordination as nerve cells slowly die in their brains. They experience increasing difficulty with balance and gait, as well as with speech and swallowing. These inherited diseases are caused by genetic mutations and are incurable; drug therapies are urgently needed.

Edwin Chan, a biochemist at The Chinese University of Hong Kong (CUHK), has studied polyQ diseases for the past two decades. He has focused on how proteins in neurons fold the wrong way, and how these misfolded proteins form toxic clumps that lead to cell death.

AQAMAN, which stands for Anti-polyQ Aggregation for Machado-Joseph-Associated Neurodegeneration, is a molecule synthesized by collaborator Steven Zimmerman at the University of Illinois at Urbana-Champaign and colleagues. It was originally designed to treat muscular dystrophies. While testing AQAMAN in vitro and in fruit flies, Chan’s group, including CUHK colleague Jacky Ngo, discovered the compound suppressed toxic polyQ protein accumulation in neurons.

“We were surprised to find that AQAMAN interferes with toxic protein aggregation in nerve cells and hope it can lead to novel therapies that bring relief to people with polyQ disorders,” says Chan.

The team had anticipated that AQAMAN would target RNA molecules with defects that are known to produce the toxic proteins. However, their analysis found that AQAMAN actually causes the proteins to disperse and be removed as part of the cell’s normal “autophagy” process, in which cells consume damaged parts or waste products. The AQAMAN molecule binds to soluble forms of the toxic proteins, but further studies are needed to understand the dispersal mechanisms in more detail.