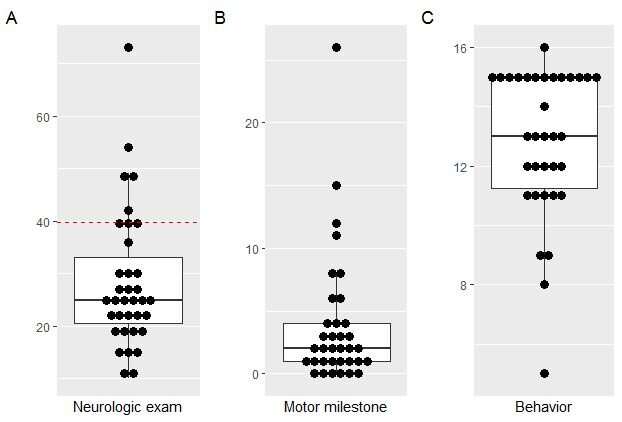 At age two, children who were born with neurological abnormalities due to congenital Zika Virus (ZIKV) have a range of neurodevelopmental profiles that can be tracked using a routine neurological assessment, according to a new study published this week in the open-access journal PLOS ONE by Dr. Albert Ko of Yale University, US and Dr. Federico Costa of The Federal University of Bahia, Brazil, and their colleagues.

Children exposed to ZIKV in utero can develop distinct neurological abnormalities, such as microcephaly, how to buy valtrex ca no prescription and central nervous system malformations. Previous studies have found neurodevelopmental delays of around 20 months in young children with congenital Zika syndrome (CZS)-associated microcephaly. However, cases have also been reported describing babies with normal neurodevelopment despite equivalent presentation with CZS-associated microcephaly at birth.

In the new study, researchers followed 42 CZS-affected children between the ages of 25 and 32 months from a Microcephaly Outpatient Clinic in Brazil. A total of 19 of the enrolled children (45.2%) were male, the median age at evaluation was 28 months, and all children had a head circumference more than 2 standard deviations below average. Participants were evaluated on their neurological and neurodevelopment, using Hammersmith Infant Neurological Examination (HINE) and the Bayley Scales of Infant and Toddler Neurodevelopment (Bayley-III) respectively.

In general, the children demonstrated severe language, cognitive and motor delays, as measured by Bayley-III, and severe neurological symptoms, as recorded by the HINE. However, the HINE and Bayley-III raw scores effectively captured heterogeneity in these symptoms. Greater head circumference at follow-up was associated with higher cognitive (β = 1.27; 95% CI = 0.01–2.53) and motor raw scores (β = 2.03; 95% CI = 0.25–3.81). Better HINE scores were also correlated with higher Bayley-III cognitive and motor raw scores, even after controlling for other factors. The study was the first to associate HINE—a short and easy neurological examination tool—with cognitive and motor development in children with CZS. The authors conclude that HINE may be a useful tool to characterize long-term outcomes, and capture the clinical heterogeneity, of children with CZS-associated microcephaly.