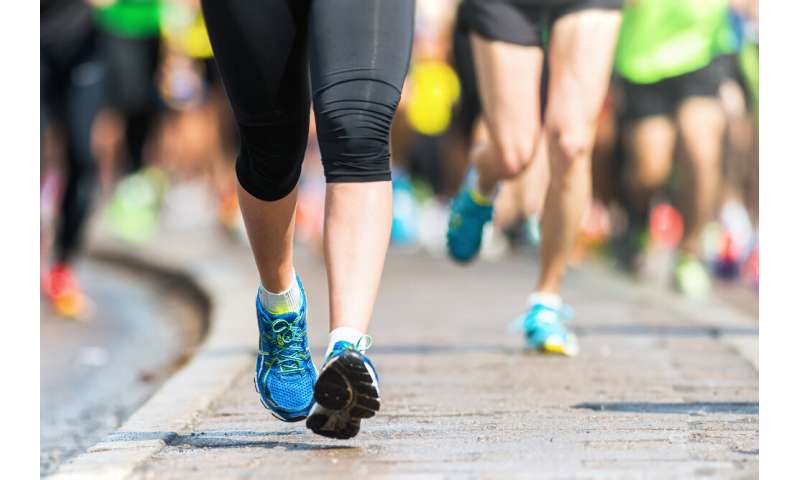 Looking for an exercise regime that gives both the heart and brain the best workout? A new study from the University of South Australia may have the answer.

It appears the brain derives substantial benefits from both high intensity interval training and longer, continuous bouts of moderate exercise. Cycling or running at full speed without mixing up the tempo may elevate the stress hormone, cortisol, blocking the positive effects.

The findings are based on multiple experiments involving 128 people whose brains were monitored after a single bout of aerobic exercise on a stationary bike and treadmill, ranging from low intensity continuous exercise to high intensity interval exercise, with the heart rate varying between 50 to 90 percent intensity.

UniSA researcher Dr. Ashleigh Smith and her Ph.D. student Maddison Mellow found that the greatest changes in neuroplasticity—the brain’s ability to rewire or modify its neural connections—occurred with 20 minutes of interval training or 25 minutes of continuous moderate aerobic exercise.

“We already know that engaging in regular aerobic exercise is good for the brain, improving memory, attention and learning,” says Dr. Smith. “However, we need to understand why it is so beneficial and what the best exercise, intensity and duration is.”

“Long-term studies demonstrate that people who engage in regular exercise show greater neural connectivity that those who are sedentary. Research also shows that exercising before learning a new motor skill can help a person learn it much faster,” Mellow says.

Cortisol appears to play a major role in whether an exercise is mentally beneficial. High levels block neuroplastic responses, yet interval training may allow a sweet spot for cortisol rates to return to normal levels, the researchers say.

“What makes the brain special is that, unlike a computer, it processes sensory and motor signals in parallel,” Dr. Smith says. “It has many neural pathways that can replicate another’s function so that if the brain is damaged it can re-route signals along a different pathway. The more elastic the brain, the easier this is.”