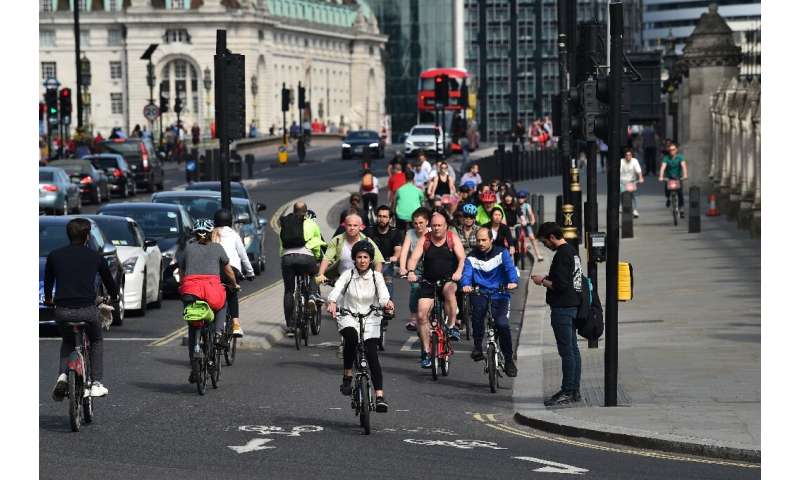 Britain on Sunday reported 170 more coronavirus deaths—its lowest number since late March, when lockdown restrictions were introduced, although the figures from Northern Ireland were not included.

The deaths take the government’s official rolling tally of fatalities, which includes all positive cases after tests, to 34,636—the second-highest in the world.

Broader official data, which includes suspected deaths, is more than 36,000, although ministers say the country has passed the peak and there is a downward trend in cases.

Reporting is typically lower at weekends and business secretary Alok Sharma said technical problems meant Northern Ireland had not been included in the latest figures.

Sharma meanwhile announced tens of millions of pounds in extra funding to develop a coronavirus vaccine, which could see 30 million doses available in Britain by September.

An additional £84 million ($102 million, 94 million euros) would be made available to “accelerate” efforts to trial and mass-produce a COVID-19 vaccine, he said.

Unveiling the new funding commitments at the daily Downing Street briefing, Sharma said Britain was home to two of the world’s “frontrunners to develop a vaccine”.

Both were making “good progress” at “unprecedented speed”, he added.

Participants in the first clinical trials of the Oxford vaccine received their doses earlier this week. Imperial was set to start its tests in June and again in October.

Oxford had finalised a global licensing agreement with global pharmaceutical firm AstraZeneca for the commercial manufacturing of its vaccine, Sharma said.

“This means that if the vaccine is successful, AstraZeneca will work to make 30 million doses available by September for the UK as part of the agreement to deliver 100 million doses in total,” he added.

“The UK will be first to get access,” he added, noting it would also work to ensure the vaccine could be made available “to developing countries at the lowest possible cost”.

The business secretary also announced a £93 million funding boost to finish building a specialist “manufacturing and innovation” vaccine centre, a year ahead of schedule.

Under construction in Oxfordshire, south central England, it is now set to open in mid-2021. It will have the capacity to produce enough vaccine doses to serve the British population within six months, the government said.

The new funding took government funding of vaccine development to £250 million, said Sharma. But he warned “there are no certainties”.

“We may never find a successful coronavirus vaccine,” he added.

Prime Minister Boris Johnson, had a similar message in a Mail on Sunday article.

“We have to acknowledge we may need to live with this virus for some time to come”.

He acknowledged public difficulties in adapting to the social distancing measures still in place, after the partial lifting of the lockdown in England.

“I understand that people will feel frustrated with some of the new rules,” he wrote.