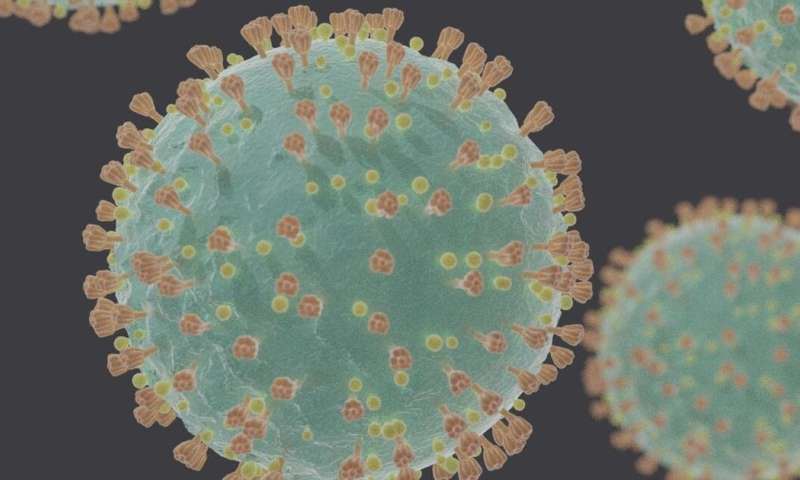 The avalanche of coronavirus infections in the current pandemic has been accompanied by a similar avalanche of information, making it hard to sift reliable news from the noise.

Among the most crucial questions is: how deadly is the SARS-CoV-2 virus?

First things first: contrary to some reports, there is no evidence the virus has evolved a new, deadlier strain since it emerged in late 2019. Of course, all viruses evolve, and SARS-CoV-2 is no exception, but reports of an aggressive new strain have now been retracted.

SARS-CoV-2 seems to be mutating (undergoing genetic changes) at a similar rate to other coronaviruses, such as the 2002 SARS virus and the virus that caused Middle East Respiratory Syndrome in 2012.

This is less than half the rate at which influenza viruses typically mutate, which itself is slow enough to allow the production of annual flu vaccines.

So how deadly is it?

This question is much more relevant, but less straightforward to answer.

Reports of the virus’s lethality vary by an order of magnitude. While most people manage to recover from COVID-19, a significant proportion succumb to direct viral damage, pneumonia and sepsis.

On March 3 the World Health Organization stated the death rate was 3.4%. Other widely quoted estimates have put the figure at 3% or 5%. But other sources have estimated it at well under 1%. 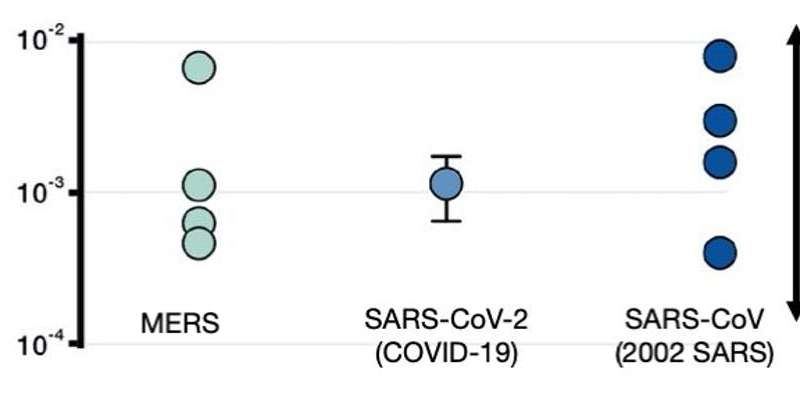 One reason for these discrepancies is that they often use two different ways to calculate the death rate.

The Case Fatality Rate (CFR) is the number of deaths divided by the number of known infections. This figure can be greatly biased upwards or downwards due to sampling.

Imagine the virus infects 100 people; 70 are asymptomatic and unaware of their infection, while 30 fall sick and are diagnosed, and 1 of these 30 people dies.

This bias is often strongest during an outbreak’s early stages, when many mild cases are missed and the number of confirmed cases is still low.

For this reason, some epidemiologists now think the initially reported death rates are severe overestimates.

There is a second measure we can use here, which corresponds more closely to most people’s idea of “deadliness”. The Infection Fatality Rate (IFR) is the number of deaths divided by the true number of infections (including both confirmed and undiagnosed cases). This statistic is harder to calculate, as it requires estimating the number of undetected infections. 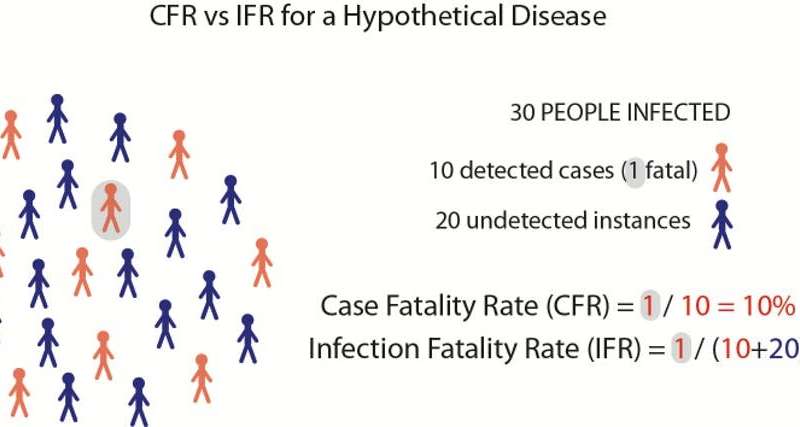 One estimate of the IFR for COVID-19 puts this figure at 1%, and some new data suggests this is credible.

As testing becomes more rigorous, the discrepancy between the two measures (CFR and IFR) gets smaller. This may be happening in South Korea, where exhaustive testing has detected many mild infections and pushed the estimated death rate down to 0.65%.

Similarly, the stricken cruise ship Diamond Princess is illuminating because the rigorous quarantine meant nearly all COVID-19 cases (even asymptomatic ones) were identified. There were 7 deaths among more than 600 infections, giving an IFR of about 1.2%. This is higher than in South Korea, but perhaps expectedly so, given that one-third of the ship’s passengers were aged over 70.

Still not ‘just a flu’

Even a 1% death rate is extremely disturbing. Newly released projections suggest 20-60% of Australians could contract the coronavirus, which would translate to 50,000-150,000 deaths. 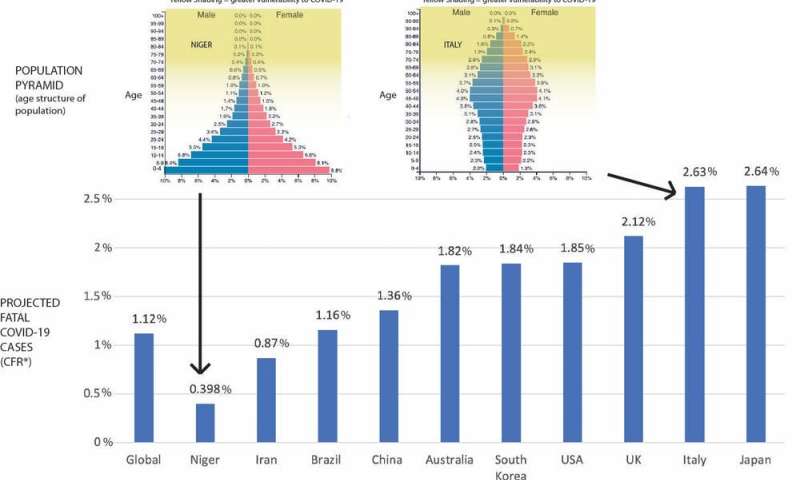 By comparison, an estimated 35 million Americans caught the flu last year, with 34,000 deaths: less than 0.1%. The coronavirus is much deadlier than seasonal flu, particularly for older people, and there is no vaccine.

Because the virus hits old people hardest, countries with ageing populations will be more severely affected. Based purely on demographics, the projected death rate in Italy is seven times the rate in Niger; Australia is worse than the global average. Of course, the eventual death rates will also depend on countries’ health systems and containment responses.

This age-selective mortality of COVID-19 should be explicitly considered in plans to combat it. In Australia, 11% of the population are over 70 and are predicted to account for 63% of deaths. Insulating a relatively small proportion of elderly people will halve deaths and is potentially more practical than total lockdown of entire populations. We need to urgently focus on the best way to achieve this. At the time of writing, the UK is seriously discussing this strategy. 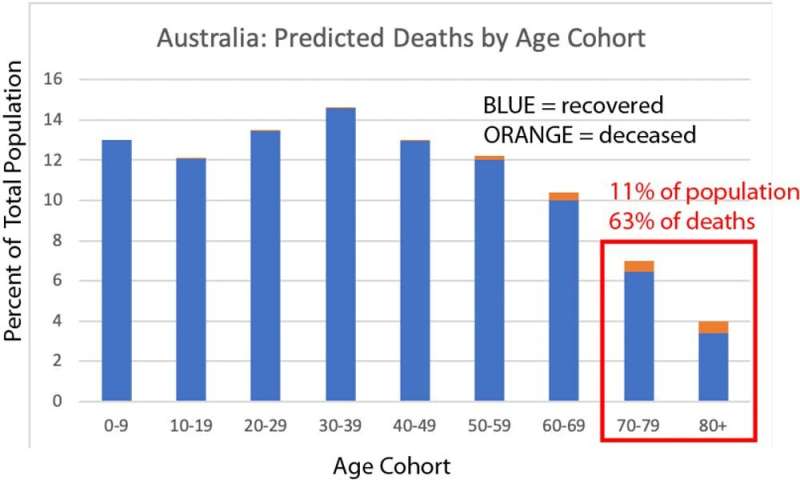 There is a disturbing flipside to the fatality rate being lower than initially reported: each death implies a much greater number of circulating infections. Most COVID-19 deaths occur at least two weeks after infection. So a single death today means that around 100 people were already infected two weeks ago, and that number has likely increased exponentially to several hundred by today.