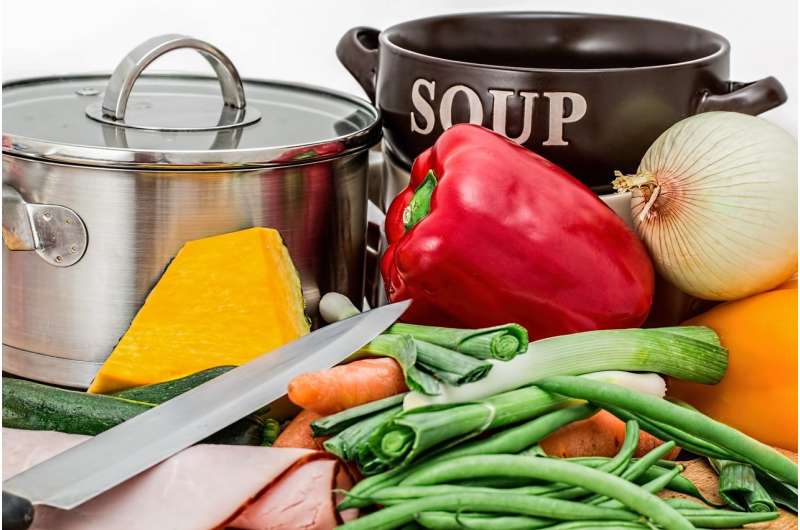 When it comes sharing recipes on social media, what users post, and what they cook may be two entirely different things. That’s the conclusion of a recent study from George Mason University’s College of Health and Human Services, published in April in the Journal of Medical Internet Research (JMIR), a leading journal for digital medicine and health research. The study led by Hong Xue, Ph.D. analyzed hundreds of Pinterest Users and Pinterest Influencers, and found users liked and pinned posts that were healthy, featuring more poultry, fish and vegetables, but users more heavily engaged off-line with recipes that were high in fat, sugar, and total calories—indicating that users were more like to actually cook the less healthy recipes.

“It’s an interesting discrepancy between what pinners posted/liked and how users actually consumed the information,” Xue said. “Pinners are more likely to post recipes that are socially rewarded with likes and repins. They are more likely to adhere to an elite social norm set by celebrities and influencers promoting healthier, low-calorie, clean eating. But when it comes to the recipes users are more interested in making food high in fat, sugar, and high calories. We see a very different picture. They’re commenting on and posting finished dish photos of the less healthy recipes.”

The disconnect between popularity and engagement is an important one, Xue noted, because users aren’t taking the additional step from interest to action. And that could have significant implications for anyone attempting to increase healthy eating behaviors through social media campaigns. Specifically, the study found:

With 18 percent of the adult U.S. population using Pinterest, and recipe sharing being one of its most popular interest areas, the platform represents an unprecedented opportunity to reinforce healthy eating habits, Xue said, if Pinterest influencers posting recipes used some different strategies.