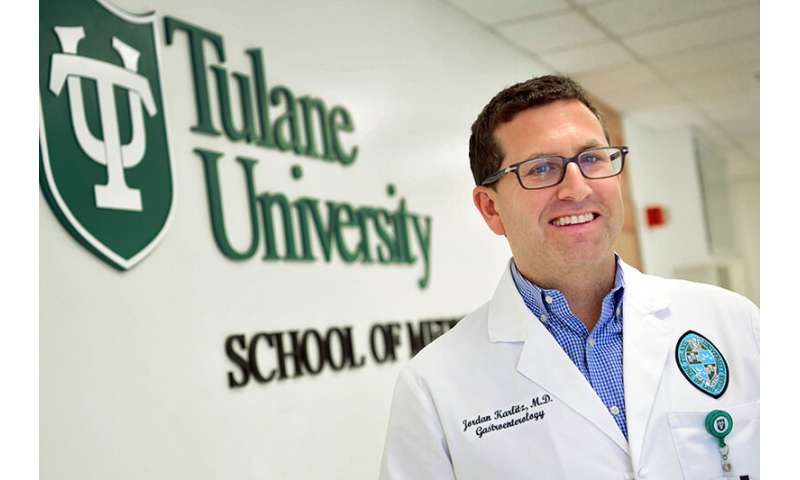 A year-by-year age analysis of colorectal cancer rates among U.S. adults finds a 46% increase in new diagnoses from ages 49 to 50, indicating that many latent cases of the disease are likely going undiagnosed until routine screenings begin at 50, according to a new study in JAMA Network Open.

Researchers found that almost 93% of the cases discovered at age 50 were invasive, meaning that most would require more aggressive treatment including surgery and were likely lingering for some time before diagnosis.

Colorectal cancer is the second leading cause of cancer deaths in the United States. As rates for younger adults continue to rise, there is considerable debate about whether to lower the age for recommended screenings. In 2018, the American Cancer Society called for routine screenings to start at 45. However, the U.S. Preventive Services Task Force, which sets federal screenings standards, currently recommends average risk screening begin at age 50. The agency is studying the issue to determine whether changes will improve outcomes

Those against beginning screenings at age 45 have argued that incidence rates in those age 45 to 49 years have been considered relatively low compared to those aged 50 to 54 years. Study authors suspected the risks for those in their mid-to-late 40s are underestimated because incident data for those age ranges would likely only include cases caught because they presented symptoms and/or have a family history of cancer, in contrast to those 50 and older who have cancers also detected due to screening.

To assess this, they examined colorectal cancer incidence rates in one-year increments between the ages of 30 to 60 from the year 2000 to 2015. They suspected that if there were many asymptomatic cases of the disease undetected there would be a marked increase in cases between 49 and 50 when screenings begin.

Researchers also examined the stage at which the cancers were caught and found a spike in localized and regional cancers, which would require surgery and possibly chemotherapy and radiation treatment.

The study adds fuel to the debate about whether screenings should begin at age 45. Karlitz said the combined burden of undetected and detected early onset colorectal cancer cases for those 45-49 may actually approach that of individuals in their early 50s.

“Our data support that the incidence of colorectal cancer increases substantially among individuals in their early 50s compared with individuals in their late 40s, not because rates are truly lower among those aged 45 to 49 years, but because colorectal cancers are present but undetected until diagnosed when screening is ultimately initiated,” he said.

A limitation of the study is its population-based design, which limited researchers’ ability to determine exactly which patients had cancers detected at age 50 through screening versus diagnostic testing.