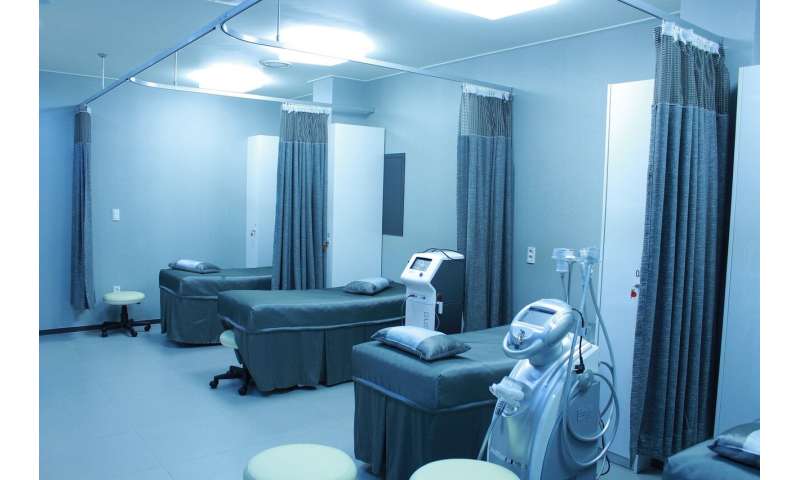 Illinois has spent tens of millions of dollars building makeshift field hospitals to prepare for an anticipated flood of coronavirus cases, but so far hasn’t had to use the thousands of extra beds. That was exactly the plan.

The state government says prevention strategies such as social distancing and a statewide stay-at-home order have worked so well that a small city of beds proposed for McCormick Place in Chicago—the nation’s largest convention center—has been dramatically reduced. Beds hastily installed at three closed hospitals in suburban Chicago remain on standby, while the renovation of a former hospital in Springfield has yet to begin.

“We’ve talked a lot about standing down,” Gov. J.B. Pritzker said this week. “I don’t want to speak too soon because all of these identified alternate care facilities need to be in a state of some kind of readiness in the event that there’s a surge, either because, God forbid, we reopen too fast or because there’s a surge that people expect in the fall.”

It’s a bright spot in the monthslong pandemic.

The virus has devastated Illinois, where 52,918 people have tested positive, an increase of 2,563 from Wednesday, and there were 2,355 deaths, a one-day increase of 141. The actual number of infections is thought to be far higher because many people have not been tested and studies suggest that people can be infected without feeling sick.

Five weeks ago, Pritzker laid out a grim worst-case scenario: If virus-containment failed, the state would need 38,000 more hospital beds, including 9,000 equipped for intensive care.

That prompted a scramble for space. On April 3, Pritzker and Chicago Mayor Lori Lightfoot So far, existing hospital bed space has largely sufficed. As of last week, just 12 patients had been treated at McCormick Place, and six of those were released.

For most people, the new coronavirus causes mild or moderate symptoms, such as fever and cough that clear up in two to three weeks. For some, especially older adults and people with existing health problems, it can cause more severe illness, including pneumonia.

The state also secured four closed hospitals to serve as care facilities if extra space was needed, and the first three of those are ready to accept patients. The former Advocate Sherman Hospital in the southwestern Chicago suburb of Elgin has 283 beds; the former MetroSouth Medical Center in the south Cook County city of Blue Island has 585 beds; and the shuttered Westlake Hospital in Melrose Park, just northwest of Chicago, has 435 beds.

No work has yet been done on a much smaller ex-hospital, Vibra in Springfield.

Pritzker, a Democrat, has said he doesn’t yet know how much it cost to transform McCormick Place or the four shuttered hospitals. Crain’s Chicago Business, his extended stay-at-home order, while “essential” businesses, including liquor dealers, remain open.

“Plaintiffs believe that, in these dark times, Illinoisans need the Spirit of Almighty God, but Pritzker’s orders have left them to settle for the lesser spirits dispensed out of the state’s liquor stores,” the lawsuit said.