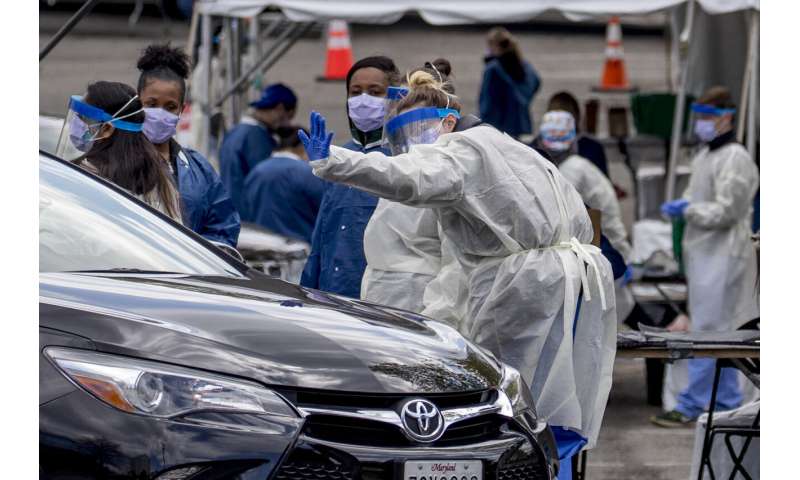 The United States is struggling to test enough people to track and control the spread of the novel coronavirus, a crucial first step to reopening parts of the economy, which President Donald Trump is pushing to do by May 1.

Trump on Thursday released a plan to ease business restriction that hinges on a downward trajectory of positive tests.

But more than a month after he declared, “Anybody who wants a test, can get a test,” the reality has been much different. People report being unable to get tested. Labs and public officials say critical supply shortages are making it impossible to increase testing to the levels experts say is necessary to keep the virus in check.

“There are places that have enough test swabs, but not enough workers to administer them. There are places that are limiting tests because of the CDC criteria on who should get tested,” said Dr. Megan Ranney an emergency doctor and associate professor at Brown University. “There’s just so many inefficiencies and problems with the way that testing currently happens across this country.”

Trump’s plan envisions setting up “sentinel surveillance sites” that would screen people without symptoms in locations that serve older people or minority populations. Experts say testing would have to increase as much as threefold to be effective. 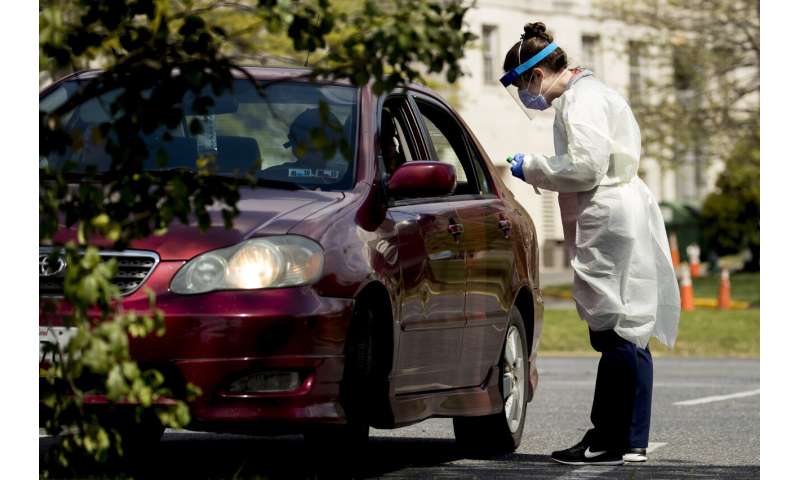 The plan pushes responsibility for testing onto states.

“You know, the federal government shouldn’t be forced to go and do everything, ,” Trump told reporters Thursday.

But state and local officials as well as lab managers say they cannot expand testing until there are more supplies.

This week governors, physician groups and laboratory directors called on the Trump administration to address shortages of swabs, protective gear and highly specialized laboratory chemicals needed to analyze the virus’ genetic material. Hospitals and state health departments report scouring the globe to secure orders, competing against each other and their peers abroad in a system that Gov. Andrew Cuomo, D-N.Y., described as “mayhem.”

“The federal government cannot wipe their hands of this and say, ‘Oh, the states are responsible for testing,'” Cuomo said Friday as he complained of a shortage of chemicals manufactured in China. “I don’t do China relations. I don’t do international supply chain.” 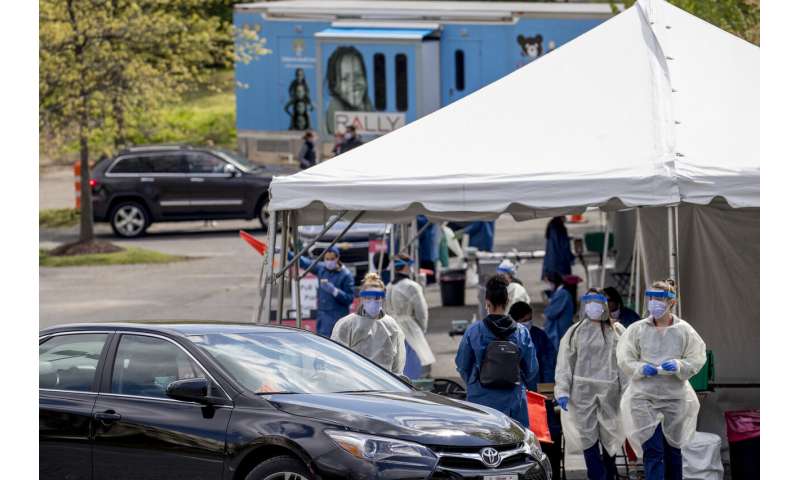 Trump has denied that the U.S. has fallen short, asserting that the U.S. has the “most expansive and accurate testing system anywhere in the world.” Only in recent days has the U.S. surpassed the rate of testing in South Korea, which has conducted about one test for every 100 people. Vice President Mike Pence told reporters Monday that if governors “would simply activate” underused high-capacity testing machines, “we could double the amount of testing in the U.S. literally overnight.”

“That is not the experience in Rhode Island,” said Gov. Gina Raimondo, D-R.I.

Democratic Gov. Laura Kelly of Kansas, whose state has one of the lowest per capita testing rates in the country, told CNN it has been difficult to get testing supplies. Gov. Jim Justice, R-W.Va., a Trump ally, said testing needs to be stepped up before he can lift restrictions.

Jennifer Rodriguez, a pharmacy technician at a major retail chain in California, said she was sent home by her employer last week after coming down with symptoms. Her company would not test her, and she spent hours on the phone trying to find a place that would, she said. 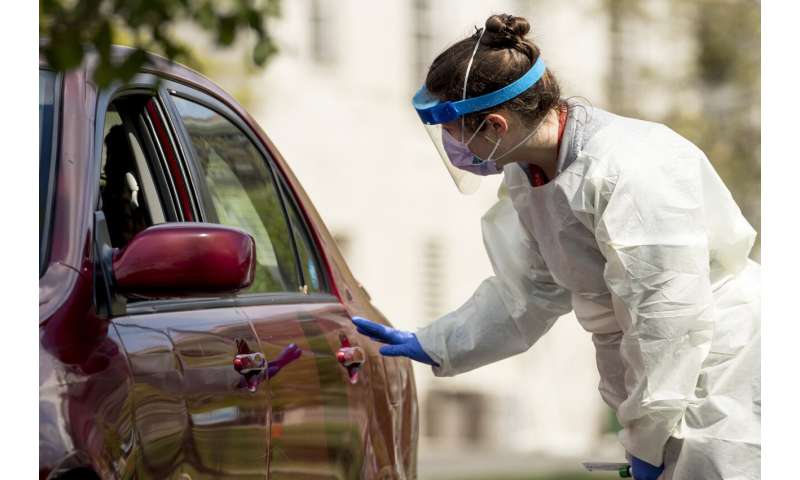 The San Luis Obispo County health department can only test 50 samples per day, and a spokeswoman said those tests are reserved for people who are hospitalized, first responders and those who have had contact with people who tested positive. Rodriguez didn’t qualify. Another clinic told her she might have to pay $150 if it determined she did not fit its test criteria.

“I just feel like medical workers, or even people on the front line, they should have some kind of priority,” said Rodriguez.

For most people, the new coronavirus causes mild or moderate symptoms, such as fever and cough that clear up in two to three weeks. For some, especially older adults and people with existing health problems, it can cause more severe illness, including pneumonia, and death.

Lab officials and health expert told The Associated Press that supply shortages have prompted them to limit who can be tested. That can leave out people who have symptoms but aren’t sick enough to be hospitalized, or people who have no symptoms and might unwittingly spread the virus. Experts say it will be crucial to test those people if the economy is to reopen. 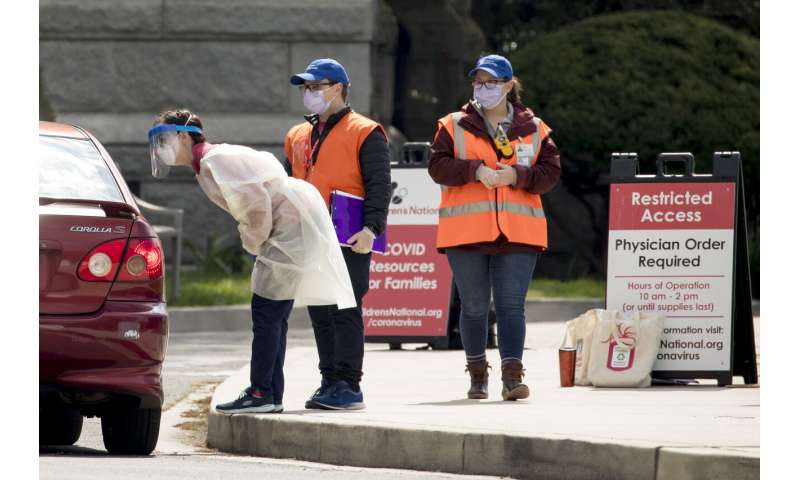 Ed Thornborrow, medical director of the University of California at San Francisco Clinical Microbiology Laboratory, said he wants to run 3,000 tests per day, but he can only do 100 to 250 now because he lacks enough nasal swabs. He works constantly to find more.

“That’s what I spend most of my time on these days,” he said.

Meghan Delaney, chief of pathology and lab medicine at Children’s National Hospital in Washington, says shortages of chemicals known as reagents are constraining how many tests her lab can perform.

Vendors, in response, are restricting what hospitals can buy, said Dr. Robin Patel of the Mayo Clinic’s infectious disease laboratory.

In early March, Trump announced a plan for nationwide testing via drive-thru sites at chains such as Walmart and Target, linked by a Google-affiliated website. Six weeks later, the website is a pilot program available in just four California counties. Few of the retailers’ sites have opened, and executives from companies including Walgreens have said they are waiting for direction from the federal government. 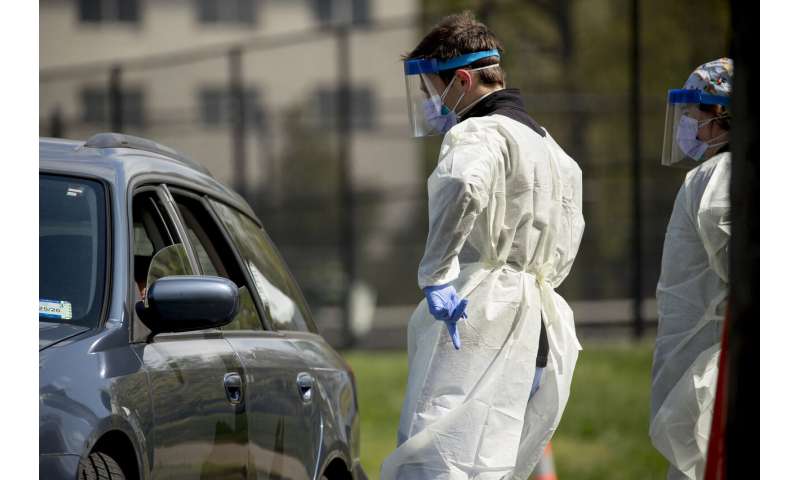 Trump also has promoted a 15-minute test developed by Abbott Laboratories as a “game changer.” Federal officials initially distributed 15 machines to public health labs in each of the 50 states and U.S. territories, along with 250 to the Indian Health Service. Alaska received 50.

But governors say they didn’t get enough cartridges needed to run large numbers of the Abbott tests.

Rhode Island received only 120, much fewer than they were promised. Raimondo said when the state tried to get more, Abbott and others that make the test cartridges directed her to the federal government, which in turn told her to go directly to the companies. The state has now received 850 tests, far fewer than it requested, Raimondo said Friday.

Federal health officials declined to say how many cartridges were initially sent to states, but said more will be available as Abbott increases production. The company says it is currently producing 50,000 cartridges daily. 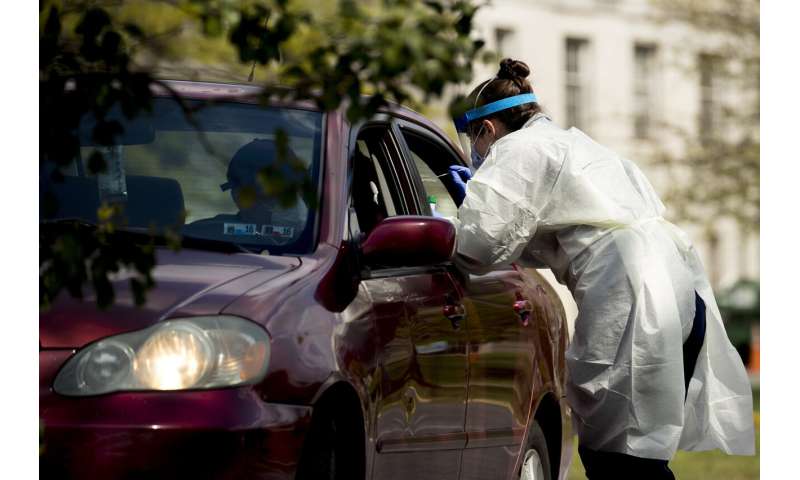 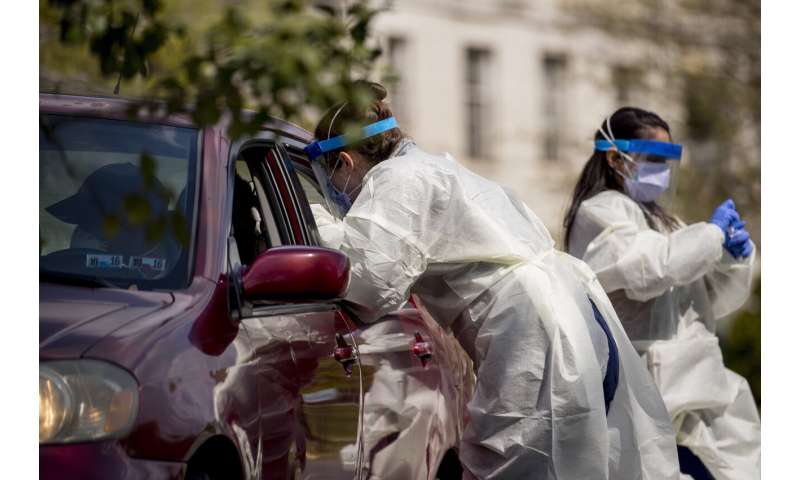 The U.S. bungled its initial rollout due to flaws with the test developed by the Centers for Disease Control and Prevention. Precious time was wasted in February as the test was corrected and redistributed. Private labs at hospitals, universities and commercial companies weren’t fully enlisted in the effort until March.

The U.S. is currently testing roughly 145,000 people daily, for a total of 3.4 million results reported, according to state data compiled by the Covid Tracking Project. Public health experts say capacity needs to be much higher, in part to repeatedly test essential workers and to isolate those who test positive and to track down their close contacts to prevent new outbreaks.