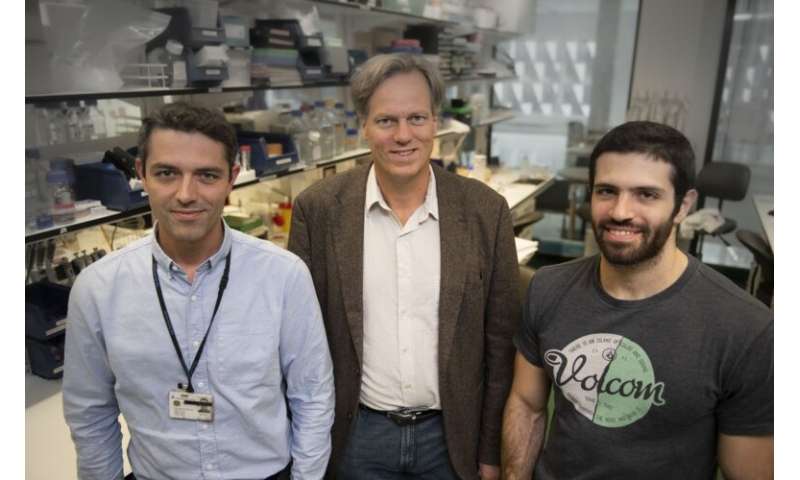 Researchers at Karolinska Institutet have identified a protein in the brain that is important both for the function of the mood-regulating substance serotonin and for the release of stress hormones, at least in mice. The findings, which are published in the journal Molecular Psychiatry, may have implications for the development of new drugs for depression and anxiety.

After experiencing trauma or severe stress, some people develop an abnormal stress response or chronic stress. This increases the risk of developing other diseases such as depression and anxiety, but it remains unknown what mechanisms are behind it or how the stress response is regulated.

The research group at Karolinska Institutet has previously shown that a protein called p11 plays an important role in the function of serotonin, a neurotransmitter in the brain that regulates mood. Depressed patients and suicide victims have lower levels of the p11 protein in their brain, and laboratory mice with reduced p11 levels show depression- and anxiety-like behavior. The p11 levels in mice can also be raised by some antidepressants.

The new study shows that p11 affects the initial release of the stress hormone cortisol in mice by modulating the activity of specific neurons in the brain area hypothalamus. Through a completely different signaling pathway originating in the brainstem, p11 also affects the release of two other stress hormones, adrenaline and noradrenaline. In addition, the tests showed that mice with p11 deficiency react more strongly to stress, with a higher heart rate and more signs of anxiety, compared to mice with normal p11 levels.

“We know that an abnormal stress response can precipitate or worsen a depression and cause anxiety disorder and cardiovascular disease,” says first author Vasco Sousa, researcher at the Department of Clinical Neuroscience, Karolinska Institutet. “Therefore, it is important to find out whether the link between p11 deficiency and stress response that we see in mice can also be seen in patients.”

The researchers believe that the findings may have implications for the development of new, more effective drugs. There is a great need for new treatments because current antidepressants are not effective enough in many patients.