Many patients with high blood pressure may be unknowingly taking medications that are contributing to increased blood pressure, according to a study in JAMA this week.

“The majority of U.S. adults with hypertension have not achieved recommended blood pressure (BP) targets. One often overlooked barrier to control is iatrogenic, the use of medications that are known to raise BP,” the authors stated in the published report.

FAUCI VAGUE ON CHANGING DEFINITION OF ‘FULLY VACCINATED’: ‘WE MIGHT MODIFY’ 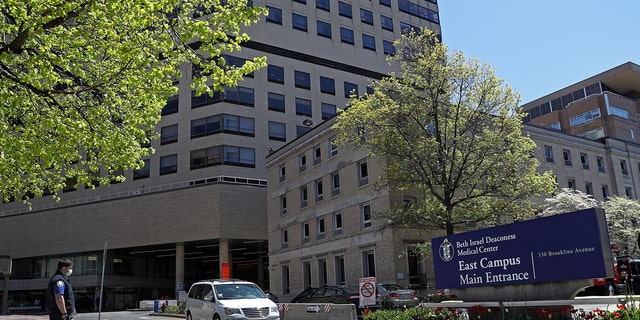 This photo shows medical workers near the East Campus main entrance of Beth Israel Deaconess Medical Center, a Harvard teaching hospital, in Boston on May 14, 2020. The hospital reported that 18% of adults with hypertension reported that they took medication that may increase blood pressure.
(David L. Ryan/The Boston Globe via Getty Images)

The study noted that with the national trend of patients taking multiple medications for one or more conditions, it was important to look at the prevalence of use of certain medications that may have the adverse effect of increasing a person’s blood pressure and how it relates to blood pressure control and the use of antihypertensive medications.

The Boston study looked at data collected from the National Health and Nutrition Examination Survey (NHANES) during five survey cycles from 2009–2018. The researchers looked at the use of the BP raising medications and its association with the ability to control blood pressure and the use of anti-hypertension medications. Medications categorized as potentially raising blood pressure and medications classified as antihypertensive were identified from the 2017 American College of Cardiology and American Heart Association guidelines, according to the published report. 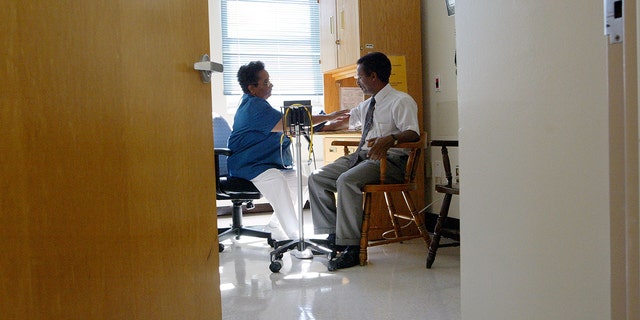 The researchers stated the use of certain medications known to have potential side effects that contribute to high blood pressure, was associated with increased chances of uncontrolled hypertension in people who do not take blood pressure lowering medications. They also noted increased antihypertension medication use among patients with controlled and uncontrolled hypertension who took the identified medications. The commonly used drugs that potentially contributed to high BP were antidepressants, prescription strength nonsteroidal anti-inflammatory drugs (NSAIDs), steroids, and estrogens, according to the study.

The authors concluded that the findings suggest a pathway to improve controlling a person’s blood pressure by optimizing medication regimens, which in turn may also help reduce the need for taking multiple medications. 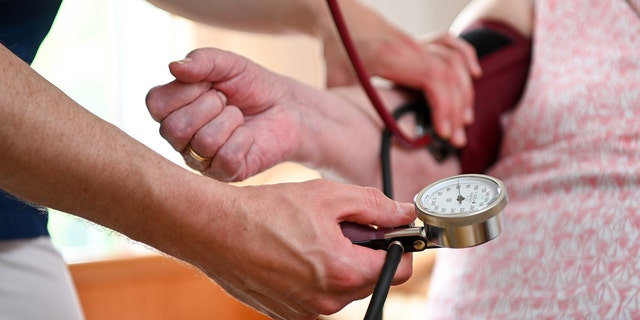 A nurse measures the blood pressure of a resident of a retirement home in her room. Recently, one hospital reported that nearly one-fifth of adults with hypertension are on medication that increases blood pressure.
(Tobias Hase/Getty Images)

“Many medications known to raise BP have therapeutic alternatives without this adverse effect—for example, acetaminophen in place of NSAIDs and progestin-only or nonhormonal contraceptives in place of ethinyl estradiol–containing contraceptives,” the authors stated in the study.

The researchers also suggested that clinicians should screen patients routinely for medications that may cause elevated blood pressure, and consider replacing the drug with safer therapeutic alternatives, DE prescribing the mediation or minimizing the dosage and duration of use when an alternative is not available.