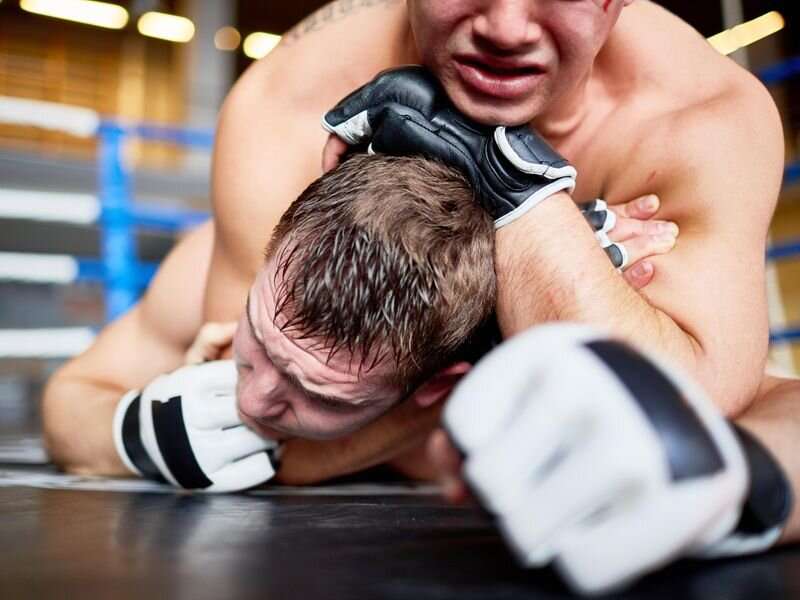 The football gridiron and the boxing ring have come to be understood as danger zones for the brain, with repetitive hits to the head causing long-term damage to some athletes.

The same might be true of the MMA octagon as well, a new study says.

The more that participants in mixed martial arts spar in practice, the more likely they are to develop brain structure changes that have been linked with brain injury, researchers reported Saturday at an American Psychiatric Association meeting, in New Orleans and online.

These changes, called white matter hyperintensities, “indicate that the white matter has changed,” said lead researcher Aaron Esagoff, a student at Johns Hopkins University School of Medicine in Baltimore. “It’s more or less damage. It’s not how it’s supposed to be.”

During sparring practice, people are still getting hit in the head, which could indirectly lead to these white matter hyperintensities and to damage, he said.

However, the results are mixed.

Researchers also found that more MMA sparring in practice is also associated with an increase in size of the caudate nucleus, a part of the brain associated with movement, learning, memory, reward and emotion.

So it could be that the head hits a person takes during practice cause some damage to their brain’s white matter, but practice also serves to protect other parts of their brain, Esagoff concluded.

“It could be that the people that are sparring more are getting better at avoiding the big impacts and the big injuries that you can get during a fight that would lead to your caudate getting much smaller,” he said.

For the study, Esagoff and his colleagues analyzed data from 92 active professional MMA fighters. In MMA, fighters spar using kicks and punches, but they also use wrestling moves like grappling.

The researchers focused on how much the fighters train, because that’s when they spend most of their time in the ring, Esagoff said.

“Fighters only fight a few times a year and only for a certain amount of time, under an hour, let’s say, but they spend hundreds of hours a year training,” he said. “And so the health effects of training are going to be really important.”

During the study period, the MMA fighters participated in an average nine professional bouts, but engaged in 10 sparring rounds every week.

Fighters underwent MRI scans as part of the study, and those scans were compared to the amount of practice sparring each fighter engaged in.

The number of sparring rounds per week was associated with more white matter changes, but also with a larger caudate nucleus, researchers found.

Esagoff warned that the study was limited, in that MRIs were only taken at two points in time.

“We were not able to follow them through time to be able to see the effects on each individual,” he said. “So in the future, to better understand the effects of sparring on the brain, we want to definitely do so more long-term.”

But the study does show that there’s more to learn about the effects of MMA fighting on the brain, said Dr. Howard Liu, chairman of psychiatry at the University of Nebraska Medical Center in Omaha.

“What’s important here, just as we look at other bodies like the NFL and other areas where there clearly is some trauma to the brain, is that we really make sure we look out for the welfare of the athletes,” Liu said.