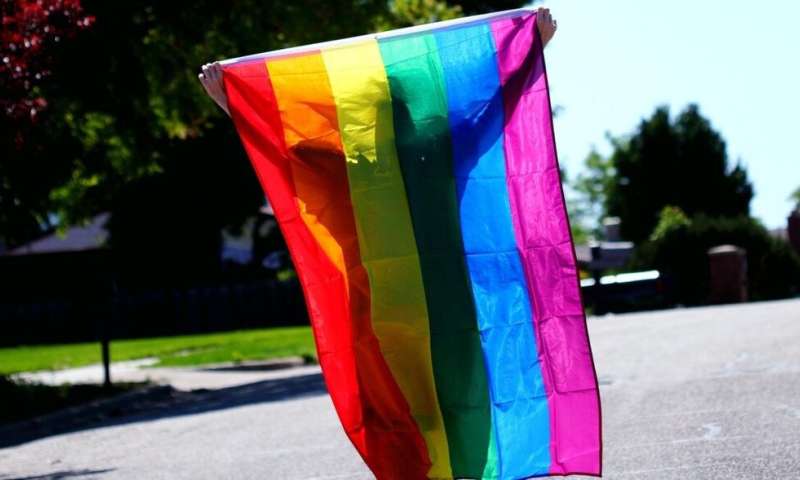 Lesbian, gay and bisexual—or LGB—people are more vulnerable to one of the fastest-growing health concerns in the country: dementia, according to new research from Michigan State University.

“Our study speaks to the unaddressed questions about whether members the LGB community are more likely to develop cognitive impairment at older ages and, if so, what factors contribute to their poorer cognitive health, ” said Ning Hsieh, an assistant professor of sociology at MSU and lead author of the study published in the journal, The Gerontologist.

“We knew that stress and depression are risk factors for many chronic health problems, including cognitive impairment, in later life. LGB people experience more stressful events and have higher rates of depression compared to their heterosexual counterparts,” she said.

Analyzing the elevated cognitive health risks among older members of the LGB community, the study was the first to use a national sample and screening tool to gauge cognitive health disparities between LGB and heterosexual older adults.

The researchers found that on average, older LGB adults were more likely to fall into categories for mild cognitive impairment or early dementia compared to heterosexual older adults. The team also tested for specific health and social factors—such as physical conditions, mental health conditions, living a healthy lifestyle and social connections—and the only factor related to cognitive differences for sexual minorities was depression.

“Our findings suggest that depression may be one of the important underlying factors leading to cognitive disadvantages for LGB people,” Hsieh said. “They may experience higher rates of depression than their heterosexual peers for many reasons, including not being accepted by parts of society, feeling ashamed of their sexual orientation or trying to hide their romantic relationships and being treated unfairly in school or at work.”

The researchers felt surprised that other factors—such as fewer social connections, drinking or smoking—didn’t have as great of an effect on LGB people’s cognitive function later in life. But, they also recognized the need for additional research to understand how the stressors sexual minorities experience earlier in life can lead to cognitive impairments as they age. Additionally, Hsieh said, they hope that the study’s findings shed light on the need for greater inclusivity for sexual minorities, as it can have an influence on their mental and cognitive well-being.