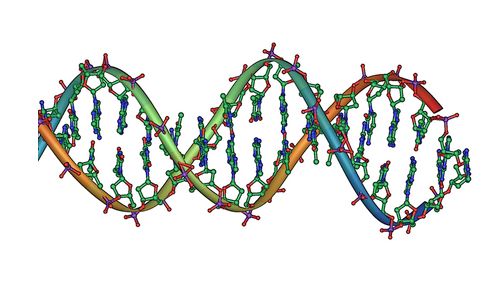 An analysis of genetic studies covering 266,000 women has revealed 32 new sites on the human genome where variations in DNA appear to alter the risks of getting breast cancer. The study lead and senior authors included researchers at Johns Hopkins Bloomberg School of Public Health. The findings are thought to be the first to link such risk variants to multiple, detailed subtypes of breast cancer.

The new analysis, published May 18 in Nature Genetics, made use of data gathered by the Cambridge, UK-based Breast Cancer Association Consortium from more than 100 breast cancer studies conducted over the past 15 years, mostly among women of European ancestry. The analysis included new methods allowing the identification of DNA variants that have heterogeneous effects across subtypes, such as Luminal-A and triple negative, which can be defined by various tumor characteristics.

The research was conducted in collaboration with investigators across a large number of institutions, including the National Cancer Institute in the U.S., Harvard University’s T. H. Chan School of Public Health, Cambridge University, and Netherlands Cancer Institute.

Prior genetic studies in this field have analyzed only the risks of breast cancer generally, or of relatively simple sets of subtypes such as estrogen receptor-positive versus estrogen receptor-negative breast cancers. Assessing breast cancer subtype risk more comprehensively has long been a goal of cancer researchers, because these subtypes—which include the aggressive triple-negative and BRCA1 subtypes—often vary tremendously in the long-term risks they pose to the life and health of patients.

“The findings from this analysis enhance our understanding of the biology that differentiates subtypes and may improve our ability to predict women’s breast cancer risks, even at the level of specific breast cancer subtype,” says Nilanjan Chatterjee, Ph.D., Bloomberg Distinguished Professor in the Department of Biostatistics at the Bloomberg School and the paper’s corresponding author.

Each year more than 250,000 women in the United States are diagnosed with breast cancers, and more than 40,000 die of them. Prior to the new analysis, researchers had identified, across the genome, more than 170 gene variants or other DNA variants that appear to raise—or in some cases, lower—the risks of getting these cancers.

“Each one of these variants has a small apparent effect on breast cancer risk, and there may be a substantial effect when a person has a combination of them,” Chatterjee says.

Researchers have sought to identify these risk factors as comprehensively as possible, so that women can be informed in advance about their likely chances of developing breast cancer, and can be screened for cancer more frequently should their risk seem high.

To that end, the new analysis reviewed one of the largest-ever sets of data from breast cancer genetic studies. It also involved the application of new tools to link DNA variants to specific breast cancer subtypes, defined for example by the presence of different receptors on the cancer cells’ surface, by the cancer “grade”—a low/intermediate/high metric of the tumor’s potential to spread—and by common combinations of such factors.

The findings help expand scientific understanding of the genetic architecture of breast cancer, and in principle allow oncologists to now calculate more accurate, potentially subtype-specific, risk scores for women based on the combinations of variants they have.

The research may also lead to new discoveries about the underlying biological pathways that drive cancer. Scientists can follow up the new findings by exploring how each risk-linked DNA variation—some within known genes, others in stretches of DNA that have no known function—affects gene activity and signaling networks in cells.

Of note, five of the newly discovered subtype-specific risk variants are linked to a greater risk of some breast cancer subtypes but a lower risk of others.

“These variants are special and if followed up properly may lead to important insights into the biology of these breast cancer subtypes,” Chatterjee says.