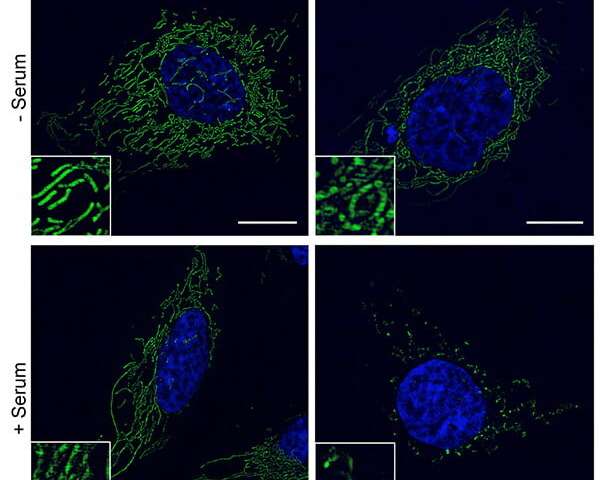 Mylagic encephalomyelitis/chronic fatigue syndrome (ME/CFS) is a disabling and complex illness. Affected persons often cannot pursue ordinary activities—physical or mental—because of an incapacitating loss of energy and other symptoms, and may find themselves confined to bed or house-bound for years.

Anyone can develop ME/CFS, though it most commonly afflicts people between the ages of 40 and 60; women more often than men. In nearly every case, ME/CFS begins after a sequence of severe environmental exposures, injuries or infections. Until relatively recently, the utter mystery and complexity of ME/CFS persuaded some that it was not a “real” condition. In 2015, the National Academy of Medicine declared ME/CFS to be a serious, chronic, complex and systemic disease.

In a new study, to be published in the May 1, 2020 print edition of ImmunoHorizons, a team of researchers at University of California San Diego School of Medicine and three German universities describe an underlying biological basis for ME/CFS, one that illustrates how efforts by the body to boost immune system protections can come at physiological cost elsewhere.

“These findings are important because they show for the first time that there is an antiviral activity in the serum of patients with ME/CFS that is tightly associated with an activity that fragments the mitochondrial network and decreases cellular energy (ATP) production,” said Robert Naviaux, MD, Ph.D., professor of medicine, pediatrics and pathology at UC San Diego School of Medicine.

Naviaux is co-senior author of the study with Bhupesh K. Prusty, Ph.D., a scientist in the Department of Microbiology and Institute for Virology and Immunobiology at Julius Maximilians University in Würzburg, Germany.

“This provides an explanation for the common observation that ME/CFS patients often report a sharp decrease in the number of colds and other viral infections they experience after they developed the disease. Our work also helps us understand the long-known, but poorly understood link of ME/CFS to past infections with Human Herpes Virus-6 (HHV-6) or HHV-7,” said Naviaux. 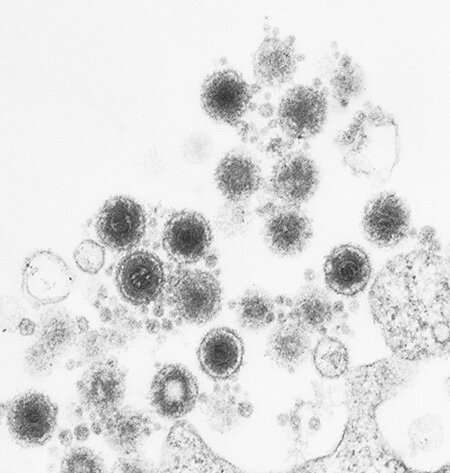 More than 90 percent of people are exposed to HHV-6 by three years of age. The virus DNA can insert itself into a chromosome and remain latent in just a few cells for years, silently being copied each time the cell divides. For most people, this causes no problem.

“However, we found that exposure to new metabolic or environmental chemical stresses caused cells with an integrated copy of HHV-6 to secrete an activity that warned neighboring cells of the threat,” said Naviaux. “The secreted activity not only protected neighboring and distant cells from new RNA and DNA virus infections, but also fragmented the mitochondrial network and lowered their intracellular ATP reserve capacity. Cells without an integrated copy of HHV-6 did not secrete the antiviral activity.

“Our results show that cellular bioenergetic fatigue and cellular defense are two sides to the same coin in ME/CFS. When energy is used for cellular defense, it is not available for normal cell functions like growth, repair, neuroendocrine and autonomic nervous system functions.”

The findings further illuminate a concept called cell danger response theory, which Naviaux and colleagues have been investigating for years. CDR theory posits that chronic disease is the consequence of the natural healing cycle becoming blocked by disruptions at the metabolic and cellular levels. In this case, persons with ME/CFS obtained protections against certain kinds of infections, but at a cost of fragmenting mitochondrial function. Persistence of fragmented mitochondria and the associated abnormalities in cell signaling block normal healing and recovery, and can lead to a lifetime of illness.

Mitochondria are organelles in cells that break down nutrients to create a fuel called adenosine triphosphate (ATP), the primary energy carrier in all living organisms. ATP provides the energy used to drive many cellular processes, including muscle contractions, nerve impulses and chemical synthesis.

“This paper will be a paradigm shift in our understanding of potential infectious causes behind ME/CFS. Human herpesvirus 6 and HHV-7 have long been thought to play a role in this disease, but there was hardly any causative mechanism known before,” said senior co-author Prusty.