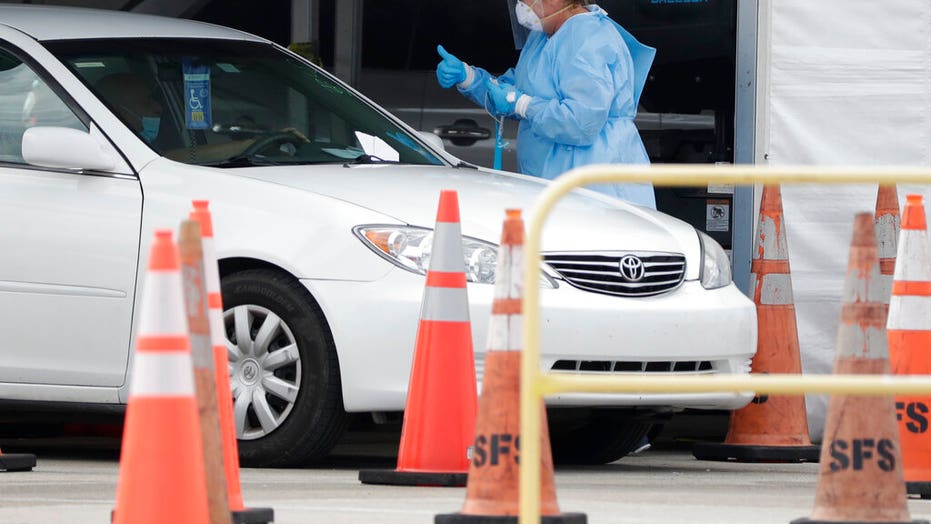 Florida health officials on Sunday announced more than 200,000 people have tested positive for the novel coronavirus since the pandemic began.

The latest state statistics showed an additional 10,000 confirmed cases. The highest number of confirmed cases in a single day came Saturday when more than 11,400 cases were reported.

As of Sunday, some 731 people have died. Of all cases, around 43 percent were in just three counties: Miami-Dade, Broward, and Palm Beach. 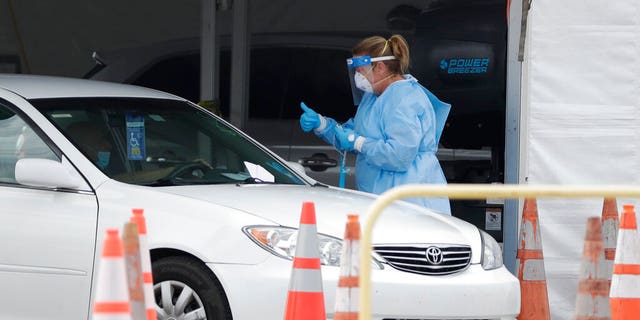 During a Sunday appearance on ABC News' "This Week," Miami Mayor Francis Suarez, who said he had the virus back in March, called the high numbers "extremely worrisome."

"It's clear that the growth is exponential at this point," he added. "Our county closed down the beaches for the July Fourth weekend in the hopes that all these rules will have an impact – a positive impact. It takes a little bit of time to find out, exactly, but we're obviously very closely monitoring hospitalizations and we're very, very closely monitoring the death rate, which our lagging indicators, that give us the impression that we have to take much stricter – much stricter measurements – measures."

Miami-Dade County Mayor Carlos Gimenez said Sunday on CBS News' Face the Nation that people in his county "let their guard down around late May, early June."

"The virus is not harmless. No, absolutely not," he continued. "If it were harmless, I wouldn't be taking the steps that we're taking here in Miami-Dade."

Gimenez, who closed the beaches this holiday weekend, said young people have been fueling the increase in cases in his county.

"We saw a rapid rise in young people in getting – being positive to COVID-19 around mid-June. And, I think that that had a lot to do with probably socializing, young kids going to parties, maybe graduation parties at homes, because it's – it’s been pretty locked down here for some time."

Florida's death count was the ninth highest in the country overall and the 27th highest per capita at 17.4 deaths per 100,000 people.

There were 451.9 new reported cases per 100,000 people in Florida over the past two weeks, which ranked second in the country for new cases per capita.

Florida's grim milestone came as other states in the nation – particularly Arizona, Texas, and California – have been experiencing a resurgence of coronavirus cases, forcing some governors to roll back their re-opening plans.

But, last week, Florida Gov. Ron DeSantis, a Republican, said his state will not reimpose sweeping shutdowns amid rising coronavirus infections, saying going back to lockdowns would cripple the economy without saving lives.

The Associated Press contributed to this report.