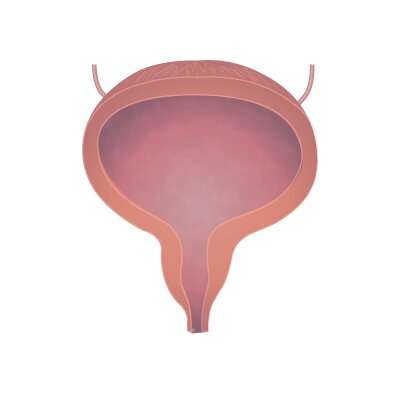 The first bladder cancer drug targeting a cancer-driving gene mutation has been used relatively little despite its clear efficacy in a clinical trial, suggests a study from researchers at the Perelman School of Medicine at the University of Pennsylvania.

The researchers, whose findings appear today in JAMA Oncology, analyzed a large, nationwide database of cancer cases and found that between 2019 and 2021, in a sample of nearly 800 bladder cancer patients potentially eligible for erdafitinib (Balversa) treatment, fewer than half had a record of being tested for the relevant gene mutation. Of those who were tested and found to have the mutation, fewer than half received the treatment.

“The uptake of this drug was unexpectedly low, which suggests that there are significant barriers to its use, including obstacles that prevent people from getting tested for the erdafitinib-susceptible gene mutation,” said study lead author Vivek Nimgaonkar, a Perelman School of Medicine student and graduate associate with the Penn Center for Precision Medicine. “Our research has implications for patients, who start later lines of therapy after receiving a platinum-based chemotherapy and it’s important that patients receive the necessary testing to have the full range of therapeutic options available to ensure the best possible chance for good outcomes.”

The co-senior authors of the study were Ronac Mamtani, MD and Erica Carpenter, MBA, Ph.D., both of whom are assistant professors of Hematology/Oncology at Penn. Dr. Carpenter is also director of the Liquid Biopsy Laboratory.

According to the American Cancer Society, approximately 81,000 Americans are diagnosed with bladder cancer each year— about 70 percent of those in men—and about 17,000 people die from the disease annually. The five-year survival rate is about 77 percent, and bladder tumors are considered very treatable when caught at early stages. Later stages are far less treatable. Standard treatments include surgery, radiation, chemotherapies, and immunotherapies.

The vast majority of bladder cancers arise from so-called urothelial cells lining the bladder and ureters, and are termed “urothelial carcinomas.” About 20 percent of advanced urothelial carcinomas are driven by mutations that cause growth-related receptors called FGFRs (Fibroblast Growth Factor Receptors) to be overactive. Erdafitinib works as an inhibitor of FGFR activity. Based on promising results from a phase 2 clinical trial, which showed much higher rates of tumor response to the drug than is normally seen in advanced urothelial cancer patients, the drug was provisionally approved—subject to further studies—by the U.S. Food and Drug Administration (FDA) in early 2019. It is meant to be used in patients who have susceptible FGFR mutations and are no longer responding to standard chemotherapy.

“Genetic testing needs to be more widely available for patients to learn about and access, and education for treating physicians is a must so they can gain knowledge on the benefits and value in use for eligible patients,” Dr. Mamtani said.

The results also showed that, among patients expected to harbor susceptible FGFR alterations, the effective uptake rate for erdafitinib, in its first six months post-approval, was far lower than the initial uptake rate for the first immunotherapy for bladder cancer—which in published trials has had a lower response rate than erdafitinib’s.

The analysis indicated that the median survival time (about nine months) for erdafitinib-treated patients was in line with results from the prior clinical trial.

The study wasn’t designed to discover why the uptake of erdafitinib was so low. However, the researchers suggest that the drug’s high cost—over $20,000 per month—and potential side effects, including mouth sores and the loss of fingernails, may have accounted in part for the low rate of uptake even among patients whose tests showed susceptible FGFR mutations.

The low rate of FGFR testing, the researchers added, may have been due in part to the novelty of genetic testing in bladder cancer oncology. Moreover, tumor genetic testing in general has traditionally been done on biopsied tumor samples, which may often have been unavailable when patients became eligible for testing. Only about 22 percent of patients with FGFR testing in the study had the newer, blood-based liquid biopsy testing, which detects circulating tumor DNA and is much easier for patients but not yet standard in this area of oncology.