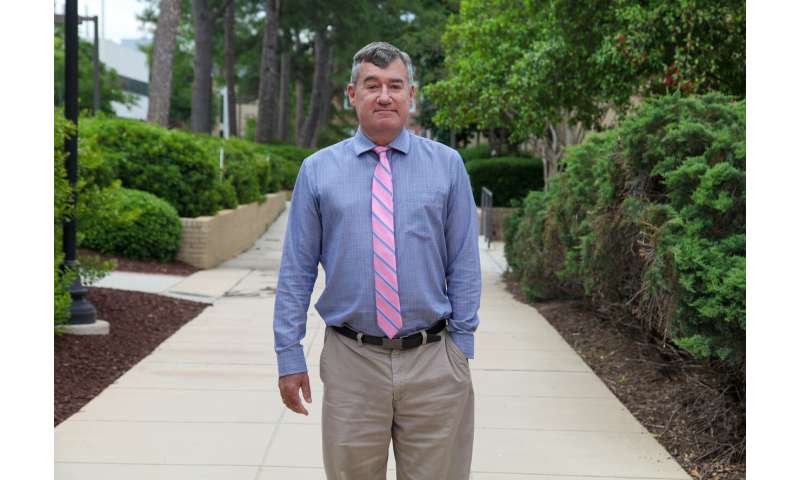 More than a quarter century after the Gulf War, female veterans who saw combat have nearly a twofold risk of reporting more than 20 total medical symptoms, like cognition and respiratory troubles, than their fellow female veterans who were not deployed, investigators report.

An association with more headaches among the combat veterans also was reported and there were “strong associations” between deployment status and respiratory symptoms with 39% of combat veterans still reporting difficulty breathing or shortness of breath. More than half also report a low tolerance for heat and cold.

“It’s been over 25 years since the war ended and these are very persistent health outcomes,” says Dr. Steven S. Coughlin, interim chief of the Division of Epidemiology in the Medical College of Georgia Department of Population Health Sciences. “This tells us that the way the Gulf War illness manifests itself may be different in female than male veterans, so it’s important to take gender into account,” says Coughlin.

Twenty years ago, female Gulf War veterans were reporting similar problems, investigators say. The newly reported findings indicate the women are showing increased frequency of symptoms over time and above the rate that would be expected with normal aging, the investigators say. Their reported symptoms correspond with higher rates of diabetes, osteoporosis, thyroid problems, asthma and irritable bowel syndrome in this and similar groups.

Additional studies are needed to find biomarkers of Gulf War illness in these former soldiers and effective treatments, they write.

“We think this has a lot of importance for the health of these veterans and hopefully, when combined with information from other studies, it will lead to improved treatment,” Coughlin says.

Three hundred-and-one female Gulf War veterans from all military branches participated in the study, including 203 who were deployed and 98 who were not sent directly into a war zone.

Other persistent problems war zone veterans report include about a third saying they frequently cough when they do not have a cold. Many of their reported symptoms fit the definition of Gulf War illness, which includes having at least three of six symptom categories that include fatigue, neurological/cognitive/mood problems, pain as well as respiratory, gastrointestinal and skin problems. Younger, non-white, female Army veterans were likely to report the most symptoms, they say.

Their significant symptom burden would likely impact the veterans’ quality of life and require medical evaluation and treatment, Coughlin and his colleagues write.

“We are trying to fill in this gap in the published literature about Gulf War illness among women veterans because they have been greatly understudied,” Coughlin says, referencing the first conflict in which the United States included a sizeable female contingent directly in warfare.

The gender differences they are finding are consistent with earlier studies as well as other current ones coming out of Florida-based Nova Southeastern University, for example, where they are conducting a clinical trial to try to reverse some of the ill effects, he says.

The findings also are more evidence that the female veterans of the Gulf War may have more chronic health issues and conditions than other groups of women generally or female veterans specifically.

Coughlin theorizes that females may be more susceptible to some of the wartime hazards because on average their body size is smaller and because of other differences in physiology. “We can only speculate,” he adds.

When troops started to come home from the Middle East following the conflict that lasted from August 1990 through February 1991, they reported a constellation of symptoms, including headaches, gastrointestinal complaints, skin ailments, forgetfulness, fatigue, particularly after exertion, and musculoskeletal pain, says Coughlin, who served as a senior epidemiologist with the Department of Veterans Affairs Central Office in Washington, D.C. The leading theory early on was that it was a psychogenic illness, somewhat similar to the PTSD experienced by many Vietnam War veterans. Now the consensus is that much of it results from the neurological impact of neurotoxins soldiers on the frontline were exposed to, Coughlin says.

“They were inundated with pesticides, there are a lot of biting flies and pests in that part of the world so they had uniforms infused with pesticides, a lot of them even wore a dog’s flea collar for extra protection,” he says. Soldiers also were asked to take pyridostigmine bromide, a drug given to patients with myasthenia gravis to improve muscle strength, prophylactically to help protect them from nerve agents in field, but the drug itself is mildly toxic to nerves and there is some evidence that, in combination with some of the insecticides used, it becomes more potent.

“Every time the alarms went off, they would have to take these little white pills,” Coughlin says. There were other environmental toxins as well, like blown up munitions factories and low dose exposure to sarin nerve gas and others. “It’s similar to what you see among agricultural workers exposed to pesticides,” he notes. The veterans also were exposed to hazards such as smoke from oil well fires and burn pits used to incinerate waste, the investigators write.

The new study looked at the frequency and patterns of health symptoms in the female veterans as well as military service and lifestyle. The investigators theorized that symptoms associated with Gulf War illness would be more prominent in the women who saw conflict.

They found the deployed veterans were significantly more likely to report seven symptoms consistent with Gulf War illness, including low tolerance for heat or cold, difficulty breathing or shortness of breath, frequent coughing without having a cold, difficulty concentrating and remembering recent information, feeling down or depressed and anxious, the investigators write. Those deployed were more than twice as likely to report more total symptoms and nonwhites—including American Indians, Alaska natives as well as Asian Americans and Pacific Islands Americans—were four times more likely to report symptoms than whites. Older women were less likely than younger women to report symptoms and those enlisted in the Air Force and Navy were significantly less likely to report more symptoms than those in the Army.

They were taken from a national cohort of 1,318 Gulf War veterans created from the Veterans Affairs Cooperative Studies Program 585 Gulf War Era Cohort and Biorepository pilot study. Outcomes of female veterans in the group have not been reported separately. Women comprised 7% of the 700,000 military personnel to serve in the Gulf War, the largest number of women to serve in a war zone in U.S. military history at that time. The influx of the some 50,000 female Gulf War veterans resulted in the establishment of specialty clinics for them at VA hospitals. Evidence indicates about 19% of women veterans still have delayed or unmet health care needs, possibly because of expanded military roles for women, including increased exposure to combat, the investigators write.