Coronavirus is FIVE TIMES deadlier than the seasonal flu, report finds, as researchers say comparing the two diseases is ‘apples-to-oranges’

The novel coronavirus is about five times deadlier for adults than the seasonal flu, a new study suggests.

As of early May, about 65,000 Americans had died from COVID-19, the disease caused by the virus, which is about as many people who die from influenza every year in the US.

However, researchers say the two viruses are not comparable because one is more contagious than the other and the way that deaths are reported is different.

By using data from the Diamond Princess cruise ship outbreak, for which complete data is available, they determined the fatality rate was 0.5 percent – a five-fold increase from flu death rates.

‘Although officials may say that SARS-CoV-2 is “just another flu,” this is not true,’ the team, from Harvard University and Emory University, wrote. 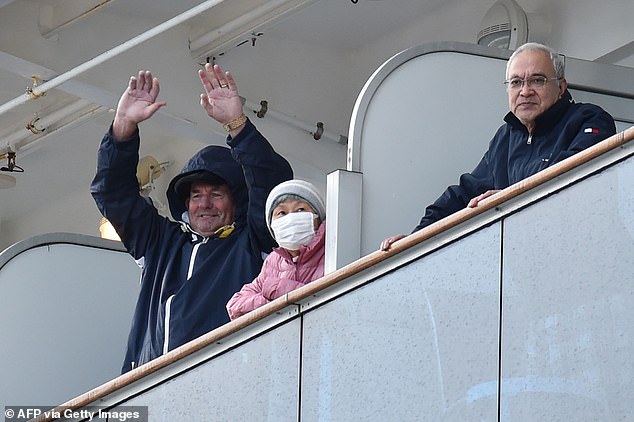 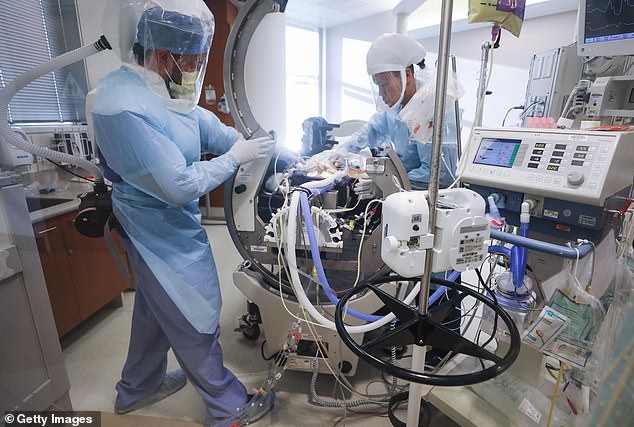 The death rate on the ship was 0.5% compared to the 0.1% rate for influenza, making coronavirus five times deadlier. Pictured: Nurses Albert Legayada (left) and Fred Bueno care for a COVID-19 patient in the ICU at Sharp Grossmont Hospital in La Mesa, California, May 6 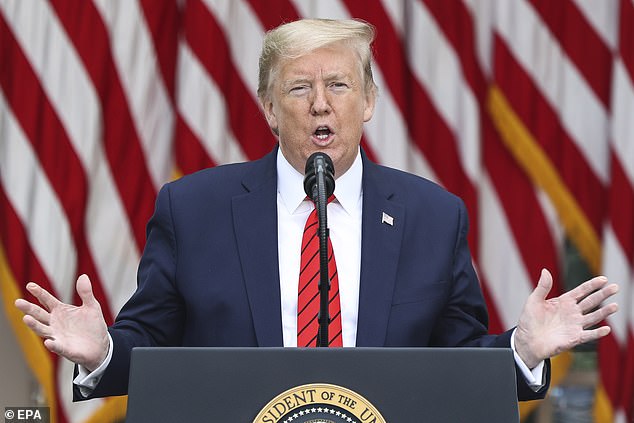 The researchers say that during the pandemic, many hospitals have been stretched beyond their limits such as being shorts on beds and ventilators.

‘The demand on hospital resources during the COVID-19 crisis has not occurred before in the US, even during the worst of influenza seasons,’ they wrote.

‘Yet public officials continue to draw comparisons between seasonal influenza and SARS-CoV-2 mortality, often in an attempt to minimize the effects of the unfolding pandemic.’

Among them are President Donald Trump, who repeatedly downplayed the virus in the early stages of the pandemic.

‘This is a flu. This is like a flu,’ he said during a press briefing on February 26.

‘It’s a little like the regular flu that we have flu shots for. And we’ll essentially have a flu shot for this in a fairly quick manner.’

However, coronavirus is far more contagious, spreads for many days without symptoms and kills at a faster rate.

A 2014 study found that a person with the flu infects about 1.28 other people. By comparison, someone with COVID-19 infects between two and three other people, according to a March 2020 study.

However, the authors say the reason behind comparisons between the two may be confusion over the way coronavirus data and flu are reported.

Meanwhile coronavirus deaths are counted in real time, so the researchers say it’s better to compare the two via weekly counts.

For the new report, published in the Journal of the American Medical Association, the team compared COVID-19 deaths from April 14 and April 21 to peak weeks during the influenza seasons from 2013-2014 to 2019-2020. 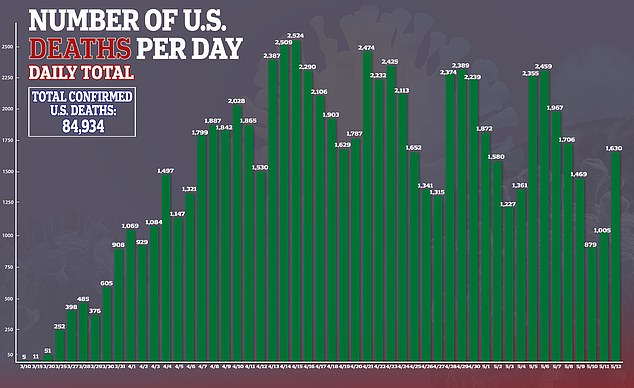 Next, they compared deaths from a regular flu season to the outbreak aboard the Diamond Princess cruise ship earlier this year, which has complete data.

They found the fatality rate was 1.8 percent – 13 deaths out of 712 cases – but the rate was adjusted to 0.5 percent to reflect the general population.

Because the death rate from the seasonal flu is 0.1 percent, that makes the virus five times deadlier than the flu.

‘Doing so better demonstrates the true threat to public health from COVID-19.’ 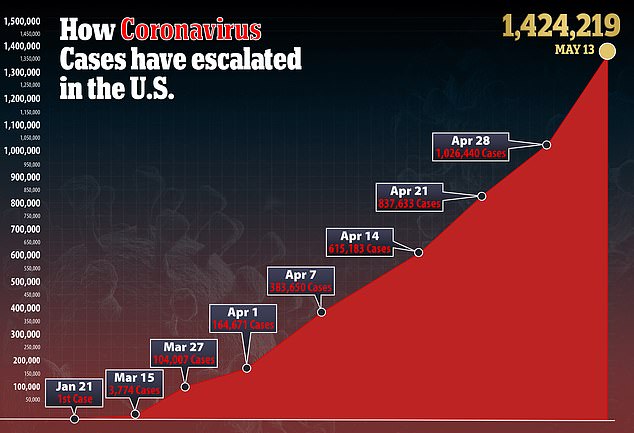