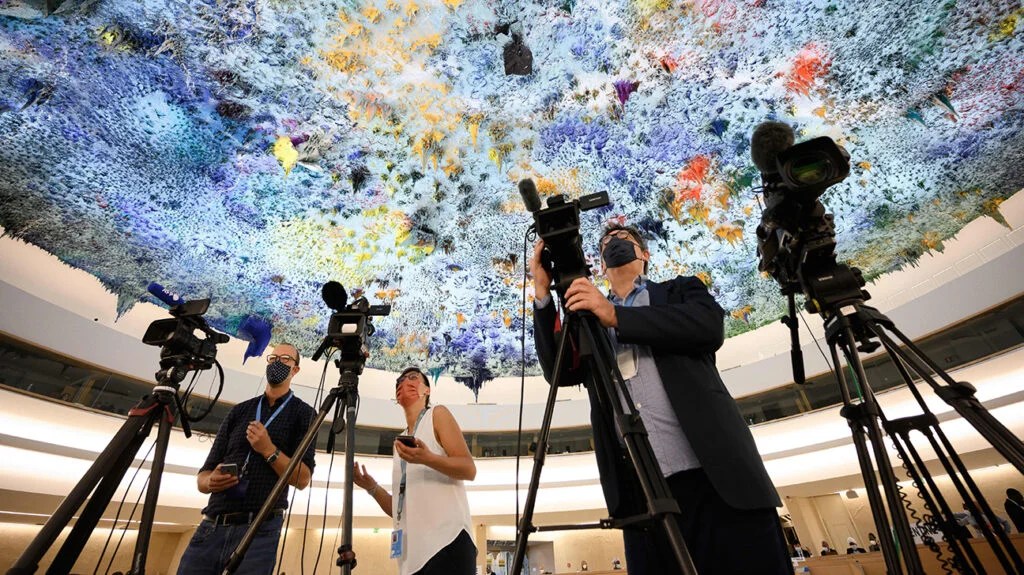 In September 2021, the United Nations General Assembly will meet to address the worldwide climate crisis. Later this fall, two other major summits — a biodiversity conference in Kunming, China, and the COP26 climate conference in Glasgow, United Kingdom — will convene.

Ahead of these important gatherings, an international coalition of more than 200 health journals has published an editorial urging a more aggressive and equitable response to the threat of climate change.

On September 6, 2021, a total of 233 journals simultaneously published the editorial.

It calls on world governments to undertake in earnest a response that reflects the gravity of climate change.

“These medical professionals are adding to a chorus of voices calling on rich countries to go beyond their outstanding commitment to provide $100 billion a year in climate finance, further emphasizing that the world is watching closely for what leaders commit to at COP26 in Glasgow.”

“Health is already being harmed by global temperature increases and the destruction of the natural world, a state of affairs health professionals have been bringing attention to for decades.”

“The science is unequivocal,” says the essay, noting that “a global increase of 1.5°C [2.7°F] above the pre-industrial average and the continued loss of biodiversity risk catastrophic harm to health that will be impossible to reverse.”

One of the publications in which the editorial appears is the BMJ.

An already deadly threat getting worse

As the planet has been warming over the last 20 years, says the editorial, the effects on human health have been clear.

“Harms disproportionately affect the most vulnerable, including children, older populations, ethnic minorities, poorer communities, and those with underlying health problems.”

“As a humanitarian agency, Oxfam is already seeing the human cost of the devastating effects of extreme weather, from lives lost in Ugandan floods to hunger in drought-stricken Kenya and Iraq, and increased disease in humans, animals, and crops — all of which need increasing amounts of aid to help vulnerable communities cope and which will only worsen as global heating continues.”

Climate change, the authors note, is also wreaking havoc on food production and attempts to reduce worldwide malnutrition. “The widespread destruction of nature, including habitats and species,” says the editorial, “is eroding water and food security and increasing the chance of pandemics.”

Among the concerns that the editorial raises is a growing acceptance among powerful members of the global community that the planet’s temperature will inevitably rise above the 1.5°C threshold. The authors contest this conclusion, asserting that with a sufficiently committed response, the lower threshold may still be avoidable.

Walsh put it simply: “Climate change is a threat multiplier that we ignore at our peril.”

A need for fundamental change

The authors of the editorial assert that a fundamental change in how societies and economies work and live is necessary. They contend that initiatives so far have been superficial and largely ineffective. The editorial says, “Governments must intervene to support the redesign of transport systems, cities, production and distribution of food, markets for financial investments, health systems, and much more.”

“In particular,” says the essay, “countries that have disproportionately created the environmental crisis must do more to support low and middle income countries to build cleaner, healthier, and more resilient societies.”

“The wealthiest nations — high emitters who have done the most to cause the climate crisis — must drastically cut emissions now if we are to have a chance of limiting warming to 1.5 degrees. Their actions are too small and too slow.”

Why grants, not loans, are necessary

According to the editorial:

“The consequences of the environmental crisis fall disproportionately on those countries and communities that have contributed least to the problem and are least able to mitigate the harms. Yet, no country, no matter how wealthy, can shield itself from these impacts. Allowing the consequences to fall disproportionately on the most vulnerable will breed more conflict, food insecurity, forced displacement, and zoonotic disease — with severe implications for all countries and communities. As with the COVID-19 pandemic, we are globally as strong as our weakest member.”

In line with this, the editorial proposes that the financing of remediation efforts should be in the form of grants rather than loans. It also advocates the forgiving of large debts that so often constrain the ability of low income countries to build a better future.

Said Walsh, richer countries should “commit financially to helping less wealthy nations cope with the crisis they find themselves in.”

As members of the health community, write the editorial’s authors, “We must hold global leaders to account and continue to educate others about the health risks of the crisis.”