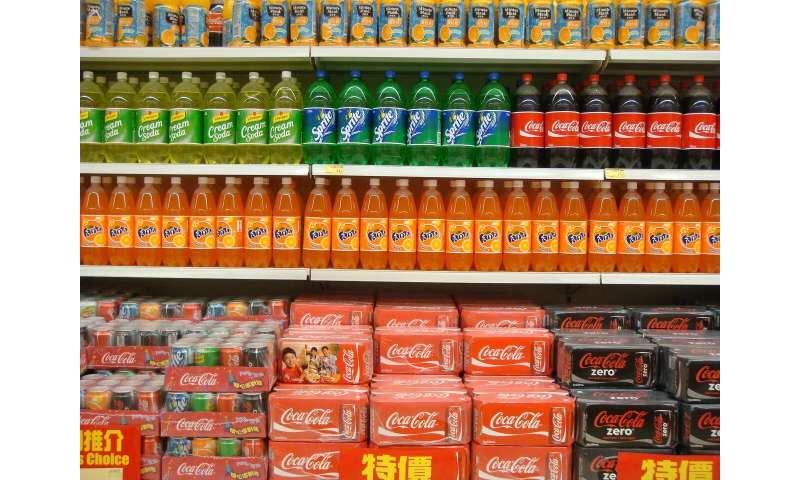 Childhood obesity is not just a public health concern in western countries; it is rising across the world, particularly in poor and low-income countries. But the factors causing childhood obesity are quite different for wealthier and poorer countries, and in the big picture, management of the disease is complex, according to a report by Yale scientists in the March 16 edition of Nature Metabolism.

“In poorer countries, we’re seeing not only a rise in childhood obesity, but in parallel with malnutrition,” said lead author Dr. Sonia Caprio, professor of pediatrics (endocrinology) at Yale School of Medicine, and one of the report’s authors. “In the U.S., the problem is inertness, but there is more awareness about the dangers of consumption of sugar and soda. In China, India, and South America, they are pushing these products and soda consumption is very high. And the water is not drinkable.”

Children who meet the definition of obese have body mass indexes (BMIs) of 85% or 95% above average. According to one study cited in the report, BMI data from 200 countries showed pediatric obesity has risen from 4% in 1975 to 18% in 2016—or from 5 million to 50 million girls, and 6 million to 74 million boys. While childhood obesity rates have plateaued in the U.S., they continue to climb in countries across East Asia, the Middle East, North Africa, and South Asia, the report notes.

Childhood obesity comes with a number of serious consequences: increased risk for developing diseases such as Type 2 diabetes, fatty liver disease, and cardiovascular disease, as well as an approximately 80% chance of remaining obese into adulthood.

Caprio’s research focuses on understanding the mechanism that causes Type 2 diabetes, a chronic condition in which the body develops insulin resistance and can’t process glucose properly, causing sugar to build up in the bloodstream. The risk for metabolic disease associated with childhood obesity is not a function of body mass index, according to the paper, but of how and where the body stores fat.

In her clinic, Caprio used MRI scans of patients to discover that obese children who are prone to metabolic diseases such as fatty liver disease and cardiovascular disease have a layer of subcutaneous fat that is thinner than average. Unable to store the excess abdominal fat in that layer, the body pushes it into other tissues in the body, including as fat droplets in the liver. “The liver then becomes inflamed and contributes to the development of insulin resistance,” Caprio explained. In one 10-year multinational trial, Caprio found that patients who present with thinner subcutaneous fat “are marching to cardiovascular complications six to seven years down the road, including hypertension and kidney disease,” she said in the report.

From 2002-2012, Type 2 diabetes rose by 4.8% among youth under 20, according to a study by the Centers for Disease Control and the National Institutes of Health. And Type 2 diabetes is more aggressive in children than adults, said Caprio. “With kids, it is very difficult to reach a glucose level that is satisfactory and controlled,” she said. “And the drugs that adults use to manage glucose are not yet approved for kids.”

Further complicating matters, added Caprio, is that childhood obesity often develops into Type 2 diabetes during the teenage years, when controlling a child’s diet can be challenging. And, she noted: “Puberty is a time when insulin resistance is already very high.”

The only way to mitigate obesity is better nutrition, Caprio concludes, but dietary options for kids tend toward “carbs and highly enriched processed food.”

Still, she noted that rates are plateauing in the U.S., due in large part to broader awareness. That public education effort needs to be expanded to further curb rates in the U.S. and abroad, she said.

“There has been a change in the perception of obesity as being more than just a cosmetic problem,” Caprio said. “Compared to 10 or 15 years ago, we’re in a much better situation of knowledge of the problem.”