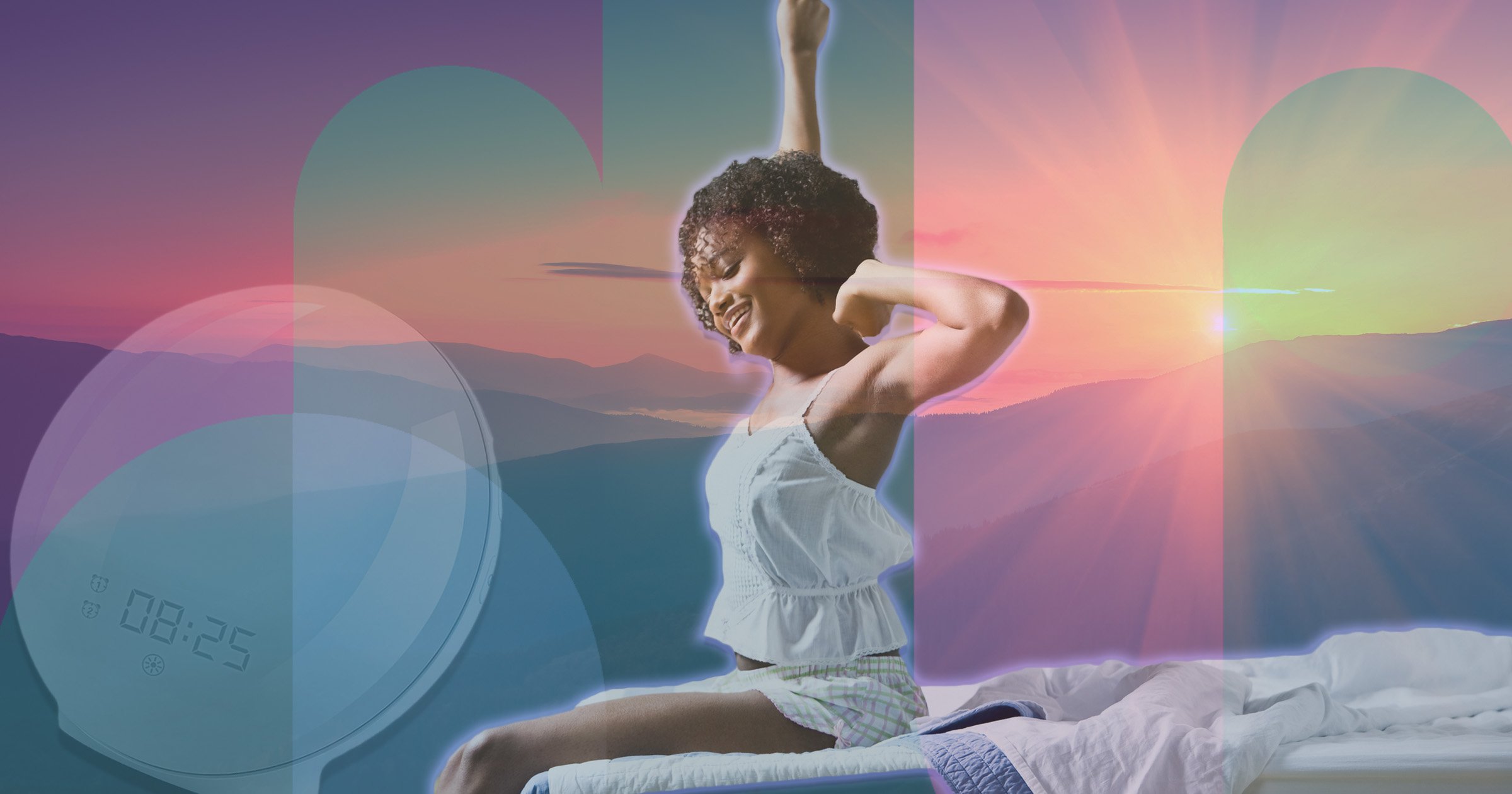 I’ll be the first to admit that I have a bit of an ‘issue’ when it comes to waking up in the morning.

While I love the serenity of rising early in the day, enjoying a cup of coffee, and reading before the rest of the world seems to turn on, my reality is nowhere near that fantasy.

Instead, my struggles with insomnia and establishing a regular sleep routine mean that I’m rarely going to bed until well after midnight, which means waking up to enjoy a lazy morning doesn’t happen.

Until recent years, this wasn’t much of an issue. However, as I’ve become older — and as I’ve learned more about the health benefits of a regular sleep schedule — I realised that something needed to change.

I tried incorporating various tips to improve my sleep including ditching caffeine after 12pm, eliminating screen time from the bedroom, relaxing with a hot shower before bed, and trying supplements like melatonin, but nothing worked.

No matter how hard I tried to set a consistent sleep and wake-up time, my inability to fall asleep — and my nasty habit of hitting snooze — persisted.

Eventually, I decided to try something new. I knew that experts recommend exposure to natural light in the morning, but my difficulty falling asleep meant I had to rely on black-out curtains to darken my bedroom at night.

I’d tried dragging myself out of bed for an early morning run with little success, so — after remembering a friend’s recommendation to try a sunrise alarm clock — I headed to Amazon to find one for myself.

I was skeptical that something as simple as an alarm clock with a built-in lamp could actually improve my sleep schedule, so I opted to stick with this sunrise alarm clock by Foryond. While it wasn’t nearly as sleek as those available from other brands, it was far more affordable and touted some impressive reviews — including one reviewer who called it ‘brilliant’ and said the clock helped her ‘get up and going almost straight away’ despite previously struggling with sleeping through multiple alarms — which was exactly what I was fighting against.

Designed to function as a ‘sunrise simulation,’ these alarm clocks claim to work by gradually increasing the amount of light they’re emitting prior to your alarm.

The model I chose allowed me to select when I wanted the light to begin — anywhere between ten and sixty minutes before the sound goes off — with the colour of the light shifting from a gentle red to bright sunlight. I opted to start with a twenty-minute fade-in to the brightest light, and — with low expectations and secretly high hopes — I eventually fell asleep.

And surprisingly enough? It worked.

The first morning with the alarm, I was surprised to discover that not only did I wake up feeling well-rested and energised, I actually woke up several minutes before my alarm. And, unlike previous mornings — when waking up was a slog that required multiple ‘snooze’ buttons followed by copious amounts of strong black coffee — I felt like I’d slept better than I had in years.

Even my partner found that the alarm helped him wake up, despite the fact that it was on my side of the bed, and our morning routine felt easier than it had been in months.

Obviously, I knew it could be temporary. After having such a profoundly positive experience, I assumed it could be the placebo effect or simply the newness of a blindingly bright light shining on my face first thing in the morning. Eventually, I assumed it would stop working. I would adjust to the light, my tendency to snooze would return, and the brilliance of effortless mornings would fade back into my familiar sleep struggles.

Fortunately? I was wrong.

Not only did the sunrise alarm clock continue to work, making waking up easier than it had been in years, I even started falling asleep faster. I stopped relying on caffeine to pull me through my mornings, subsequently reducing the amount of stress and anxiety I felt each day, which likely played a significant role in reducing my insomnia. Even on days when I stayed up late, I felt like the simulated sunlight made it easier to get moving — despite any lack of sleep — which meant I actually started to enjoy mornings again.

It’s been a few months since I first got the clock, and I can confidently say that it still makes a significant difference in my morning routine. I have noticed the return of some snoozing, usually on weekends when I’ve stayed up far later than usual, but my wake-up time is more consistent than ever and my daily caffeine intake is the lowest it’s been in years.

Recently, I had to stop using the alarm clock after an injury — my tiny bedroom meant keeping crutches close to the bed was a higher priority than an alarm clock — and the negative impact on my sleep has been apparent. My mornings are groggy and sluggish without it, and I’ve been counting down the days until I can return my alarm clock to its rightful place.

What does science say about sunrise alarm clocks?

Skeptical about trying a sunrise alarm clock for yourself? Dr Danielle Kelvas, M.D. and Chief Medical Advisor for Sleepline, is a fan.

‘I’ve used light therapy like this for many years, and highly recommend it to anyone that struggles with insomnia or shift work sleep disorder,’ Dr Kelvas tells Metro.co.uk. ‘

When certain types of light hit the retina, the signal travels along the optic nerve to various parts of the brain. This controls when the pineal gland naturally secretes melatonin, a hormone that facilitates sleep. If the brain believes it is daytime, based on the kind of light hitting the retina, it can be virtually impossible to sleep.’

Something to keep in mind? You’ll want to choose a light with a high lumen level, or brightness, and make sure the lamp stays close to the bed.

While research shows that artificial light therapy can be effective, one study emphasises that it’s important for the light to actually be able to reach your face while you sleep — otherwise, it’s unlikely the light will be strong enough to work.

This article contains affiliate links. We may earn a small commission on purchases made through one of these links but this never influences our experts’ opinions. Products are tested and reviewed independently of commercial initiatives.

Get in touch by emailing [email protected]