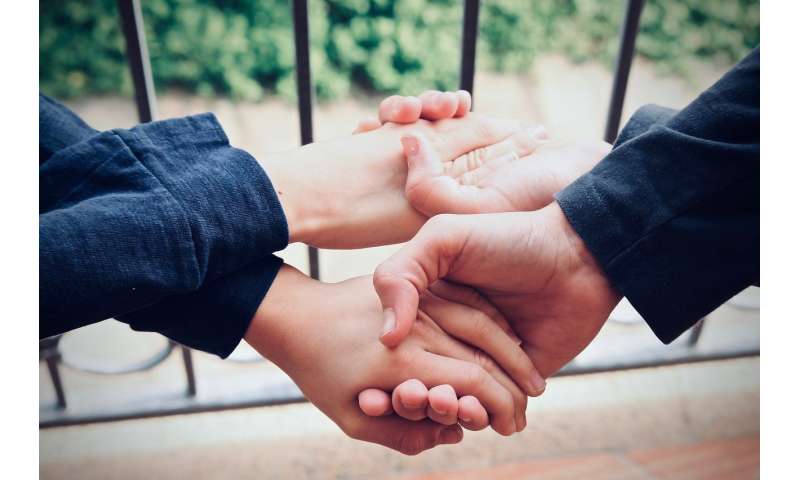 A pair of researchers, one with the University of Bonn, the other Harvard University, has found that altruism may not make people as happy as prior studies have suggested. In their paper published in Proceedings of the National Academy of Sciences, Armin Falk and Thomas Graeber describe a study they carried out with student volunteers and what they learned.

Prior research has shown that when people unselfishly give to others, they gain a feeling of happiness. Such research has also shown that giving can have health benefits for the person giving, as well, including reduced blood pressure and a healthier heart. But such feelings might be short-lived, according to the results of the work by Falk and Graeber.

The study involved asking approximately 300 college students to make a choice between two lotteries. If they chose the first lottery, they had a good chance of receiving 100 euros for their own personal use. If they chose the second lottery, they would receive nothing, but their choice might result in 350 euros being used to save someone suffering from tuberculosis.

Notably, both of the lotteries were real. The researchers handed out 40,764 euros to volunteers who won the first lottery and gave 111,300 euros to a nonprofit group in India that works to fight tuberculosis.