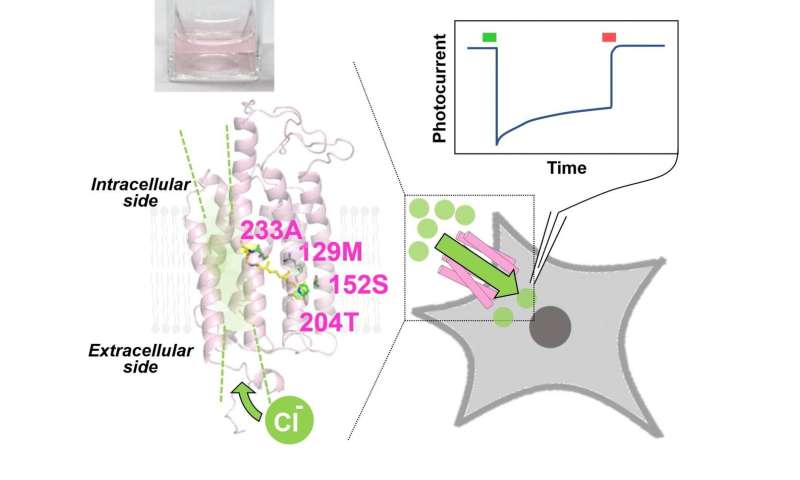 In many human endeavors, having good tools for a particular task is an essential requirement to obtain the best results possible, and neuroscience is no different than other scientific fields in this regard. However, neuroscientists tackle the colossal objective of shedding light on the inner workings of neurons and neuronal circuits, and they rely on various methods to observe and control the firing of neurons to gain a better understanding of their functions.

Optogenetics has been regarded as one of the most impactful breakthroughs in neuroscience over the last decades. It involves using light of specific frequencies to control neurons in genetically modified organisms. Neurons, like all cells, have ‘ion channels’: membrane proteins that can be opened or closed and regulate the flow of charged particles in and out of the cell, thus regulating the electrical behavior of neurons. Now, thanks to optogenetics, they can be altered to be light-sensitive—light essentially can be used to open or close these channels in genetically modified organisms, giving researchers control over which and when neurons fire. Now, a new study by scientists from Okayama, Japan, proposes a promising new tool based on optogenetics for studying neurons. But why is this tool so attractive to neuroscientists?

This new study by Japanese scientists, published in The Journal of Physical Chemistry Letters, expands the available options for optogenetic neuronal silencing, and explores the potential of GtACR2, a natural light-regulated anion channel from an alga.

GtACR2 mutants can also be activated and inactivated by illuminating them with different light frequencies. Irradiating the channels with green light opens them, silencing the neuron, but irradiation with red light causes them to quickly close. This ‘step-functional’ property could give future scientists finer control over the state of the channels and the associated neurons, providing a more sophisticated tool for neurological experiments.