Nausea and vomiting affect about two out of every three women in pregnancy, and this condition is called morning sickness. The causes have not been clearly identified, but include:

Protection of the fetus from noxious chemicals, especially those which are teratogenic or capable of causing abortion, by stimulating physical expulsion of the foods (such as certain strongly flavored foods, caffeine-containing drinks, and alcohol). 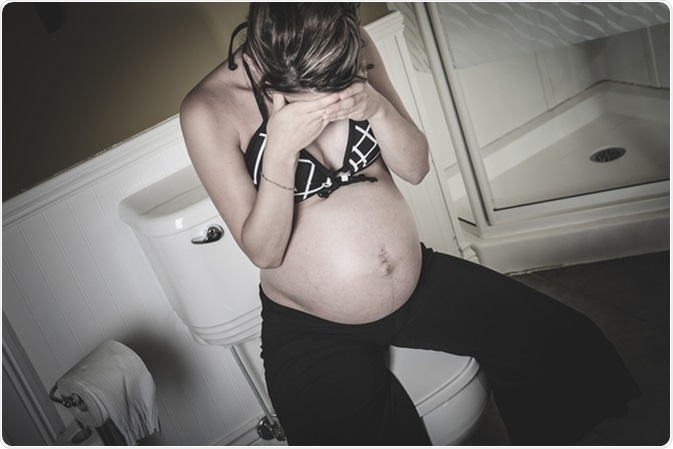 This hypothesis is supported by the fact that fetal organs are formed between the 6th and 18th weeks of pregnancy, and this is the time when the fetus is most vulnerable to chemical teratogens. Unsurprisingly,  this  is the period when  maximum morning sickness is found to occur. Again, women with morning sickness have a lower rate of miscarriage than those without it.

Another curious finding is that morning sickness is more pronounced in women coming from communities which animal foods are a necessary part of daily diet, and the highest aversion in this condition is to meats, eggs, chicken and other poultry, and fish.

There were seven societies which had no history of morning sickness, and these were typically those who subsisted on plant-based diets, particularly corn. The possible explanation may be that the body resists animal meat which may contain bacteria and parasites capable of  causing  dangerous infections, especially before the onset of refrigeration. As pregnancy is an immunosuppressed state, the risk of infection is higher.

Another non-validated hypothesis is that morning sickness arises from conflicting genetic matter or hormones in the maternal and fetal makeup, or could indicate to other potential partners that the woman is pregnant, reducing the risks of sexual behavior and increasing the chances of her getting help directed at a healthy offspring.

The conclusion today is that despite many theories, the etiology of morning sickness is due to a combination of hormones, immunologic factors, anatomical factors and even mental stress. Some risk factors have been proposed, including:

Hyperemesis gravidarum (HG) is the extreme end of the morning sickness spectrum, and risk factors for this include personal or family history of HG, multiple gestation, trophoblastic disease and fetal chromosomal abnormalities. Married women or those with stable partners have a higher risk as do those who have conceived for the first time.

The common factor between all the proposed causes is thought to be human chorionic gonadotropin (hCG), because this also has its peak in the period associated with the highest incidence of morning sickness, namely, 12-14 weeks of gestation, and because its levels are higher in such women compared to those without such symptoms. Moreover,  higher the hCG levels, the worse the nausea and vomiting are. This finding has not been universally accepted, however. Again, different hCG isoforms exist, with different effects on the receptors for LH and TSH. These may also be different in different women, accounting for the variation in morning sickness between individuals.

Estrogen and progesterone are also implicated, and these are high in women with low parity or increased body mass. Estrogen slows gastric transit time and emptying via a nitric oxide mediated mechanism, and this may contribute to the phenomenon of morning sickness. Progesterone may also do the same thing. However, it is not proved that gastric motility does indeed slow down during pregnancy, though intestinal motility is affected.

Other cytokines such as PGE2, IL-1β, and TNFα may also be involved but evidence is inconclusive. Increased immunologic activation has been thought to take place, as shown by high levels of T-helper cell activation, IL-4, TNF-α, IL-6 and other molecules, but this may be a compensatory reaction to the normal immunosuppression resulting from starvation, which may occur in HG.

H. pylori is a possible risk factor for morning sickness, and higher levels of infection are possibly associated with higher severity. Its role may be to enhance the hormone and neural dysfunction of the stomach, worsening the nausea and vomiting in women infected by it. Most such women, however, are asymptomatic. Some studies do suggest that eradication of this organism does reduce morning sickness and should be done in cases when the symptoms resist all forms of conventional treatment. Otherwise, treatment should be given after lactation is completed.

Finally, it is postulated that morning sickness may be a physical manifestation of mental conflict over the presence of the baby, as it is more likely to happen with unplanned or unwanted pregnancies. Other mental disorders associated with HG include neurosis, depression over poverty or family conflicts, lack of acceptance of one’s femininity and of pregnancy. However, much more evidence is needed, as the disorder of the psyche could be the result and not the cause of the vomiting.