The MAPK pathway is more accurately termed the RAS-RAF-MEK-ERK pathway, and involves the regulation of cell proliferation and survival. It is constitutionally overactive in 30% of cancers. Two enzymes in this pathway, namely, BRAF and MEK, are target kinases which play crucial roles in the cell cycle.

The first therapies to target this pathway were BRAF inhibitors, but intrinsic and acquired tumor resistance quickly led to treatment failure by reactivation of the MAPK pathway. MEK inhibitors have emerged to partially overcome these resistance mechanisms and are now used in combination with BRAF inhibitors to extend the time to resistance.

MEK is a dual specificity threonine/tyrosine kinase, so called from the term MAPK/ERK kinase. It is a key effector of the three-layered RAS/RAF/MEK/ERK signaling cascade, expressed by seven genes from MAPK1 to MAPK7.

MEK inhibitors bind to and inhibit MEK, inhibiting MEK-dependent cell signaling. This inhibition leads to cell death and the inhibition of tumor growth. These are allosteric binding inhibitors of MEK which inhibit either MEK1 alone, or both MEK1 and MEK2. 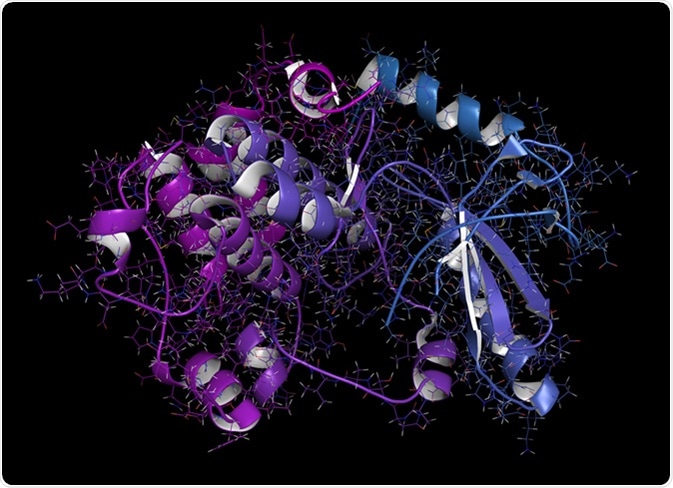 What is the mechanism of action of MEK inhibitors?

The MAPK pathway is an intracellular signaling cascade that is involved in the proliferation and survival of tumor cells. Many mutations cause cancer development by activating this pathway, including BRAF and NRAS mutations. MEK is a downstream protein kinase which can be targeted to prevent reactivation of the MAPK pathway in the presence of BRAF or RAS mutations.

Normally, ERK1/2 activation initiates a variety of cellular and nuclear pathways, while also inhibiting Raf activity by a feedback loop to modulate the activity of the MAPK pathway. MEK1/2 inhibition inactivates ERK1/2 and also removes the feedback inhibition on Raf.

Drugs which selectively inhibit the MEK enzymes are able to inhibit growth and to induce the death of cells in the presence of these mutations.

The selectivity of MEK inhibitors is due to their binding to a unique site near the ATP binding pocket of the protein kinase. In this way, despite the fact that the ATP binding site is highly conserved, MEK inhibitors will not bind to any other protein kinase but can maintain their high specificity of binding. They inhibit the kinase function of this protein by inducing conformational changes that limit the movement of the activation loop by which the kinase is activated. This reduces the rate of Raf-mediated MEK phosphorylation, leaving the enzyme locked in a catalytically inactive state. This arrests the signaling pathway.

Thus, MEK1/2 is highly selective in inactivating ERK1/2 but leaves other signaling pathways intact. In addition, the non-ATP binding site means they do not typically need to compete with ATP, which is present in very large amounts inside cells. A new ATP-competitive inhibitor has also been designed which is effective in mutants that display drug resistance to the ATP-noncompetitive inhibitors.

The advantages of using combination MEK inhibitor therapy with a BRAF inhibitor is the increased progression-free survival and lower toxicity, when compared with the latter alone.

What are the side effects of MEK inhibitors?

Adverse reactions with MEK inhibitors occur in two stages: immediate (within days of initiation of therapy) and chronic (following several months of exposure). Mild toxicities need not interrupt the treatment, but moderate to severe adverse effects may require temporary withdrawal of the drugs and re-initiation following resolution of the reaction. Such cessation of treatment for short periods does not seem to affect outcomes. In some studies on mice, intermittent dosing was associated with improved survival, and perhaps less toxicity.

MEK1/MEK2 inhibitors have a tendency to cause a papulopustular rash, seen in 57% of patients.  Other side effects include diarrhea in 43%, whereas peripheral edema is observed in 26%. More serious adverse effects include hypertension in 12%, rash in 8%, and fatigue in 4%.

Creatine phosphokinase (CPK) levels are high in some patients, though without any evidence of underlying disease processes such as rhabdomyolysis.

Abnormal liver function tests and pneumonitis are also observed, similar to immune checkpoint inhibitors and PD-1 inhibitors. The appearance of cough, difficulty in breathing or abnormal chest signs must be followed up with chest radiography or a CT scan of the chest, and if pneumonitis is present, treatment must be stopped for a time at least.

Ocular toxicity, comprising blurring of vision and reversible chorioretinopathy (especially central serous retinopathy, CSR) is another feature of MEK inhibitor toxicity. Among these, retinal vein occlusion is irreversible. For this reason, a baseline ophthalmologic examination should be recorded. If any visual disturbance occurs, examination should be repeated and compared with baseline findings. If retinopathy is diagnosed, the drug should be withdrawn temporarily. If the retinal appearance and function normalizes within three weeks, and RVO is absent, the drug may be resumed at a lower dosage.

Other adverse effects include nausea, vomiting, constipation, alopecia, and lowered left ventricular ejection fraction. An uncommon adverse effect is the dropped-head syndrome, where the neck extensors become progressively weak because of focal non-inflammatory myopathy. CPK levels are high, and the condition fails to respond to steroids but resolves when the MEK inhibitor is discontinued.

Hallucinations and confusion are rare reactions, presumably due to the penetration of some of these drugs into the central nervous system.

Patients at increased risk of adverse events include those with pre-existing liver derangements.

What are the uses of MEK inhibitors?

MEK1 and MEK2 inhibitors are highly selective anti-cancer drugs targeting the MAPK pathway. Selective MEK inhibitors can relieve symptoms and arrest progression for a time in BRAF- and NRAS-mutant melanoma cell lines. The combination of an MEK inhibitor therapy with a BRAF inhibitor has become the standard of care for patients with BRAF-mutated melanoma, being more effective and less toxic than monotherapy with a BRAF inhibitor alone.

BRAF inhibition with an MEK1/2 inhibitor has also been approved for the therapy of advanced BRAF-mutant non-small cell lung carcinoma.

Other MEK inhibitors are currently undergoing preclinical and clinical trials for various cancers in which MAPK/ERK is overactive especially BRAF-mutated melanomas and KRAS/BRAF mutated colorectal cancer.