In June 2019, Ciara Imani May was in the process of growing her hair out. She decided to do so with the help of protective styles, choosing to wear braids back to back. That was when she started experiencing extreme scalp irritation.

"I was researching and found this article that details the actual materials used to make synthetic hair and the connection was immediately apparent [to me] between the type of plastics used to manufacture our braiding hair and the reaction that I was experiencing," May tells Allure. "I wanted to [see if] the material itself was causing this reaction and also creating all this pollution."

In 2020, Refinery29 reported that synthetic wigs are "composed of ultra-fine strands of plastic" and non-biodegradable materials that contribute to growing landfills. Furthermore, the cheap price of hair is driven by the exploitation of poor laborers, who are often women of color.

Aspiring to be a better steward of the environment, May, 26, quickly recognized where there were gaps in the availability of sustainable options for her protective hairstyles — and sought to fill them by creating her own line. Months after lab testing popular hair brands and at least eight grants later, Rebundle officially launched on January 17, 2021. 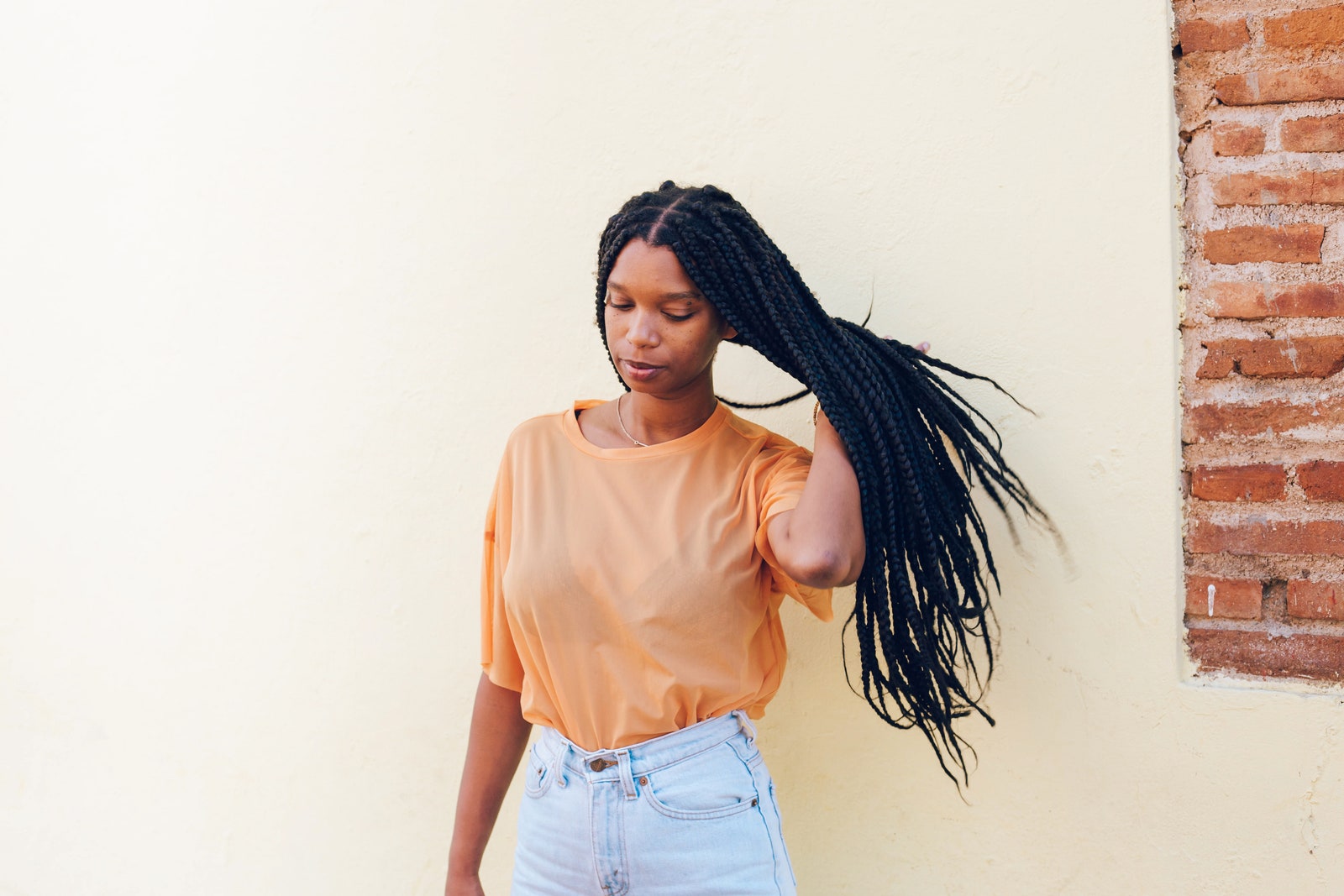 May says her brand is the first U.S.-made, plant-based braiding hair. Rebundle offers three different colors of braiding hair — black, blonde, and brown — each priced at $20 per 3.5-ounce bundle, which is more than a lot of plastic, synthetic hair, but less than a typical bundle of virgin, human hair. Since its launch, Rebundle has sold out on pre-orders.

From packaging and production to composition and nomenclature, the business of braiding hair is nuanced. Synthetic versions are often referred to as "pack hair" or even "beauty-supply hair" because of its accessibility in stores and creation via mass production. As opposed to referring to the hair as "packs," the plant-based braiding hair is referred to as bundles, which May says is typically associated with a higher price point. May hopes to loop in braiders who will have first access to wholesale prices, thus expanding the brand's reach. 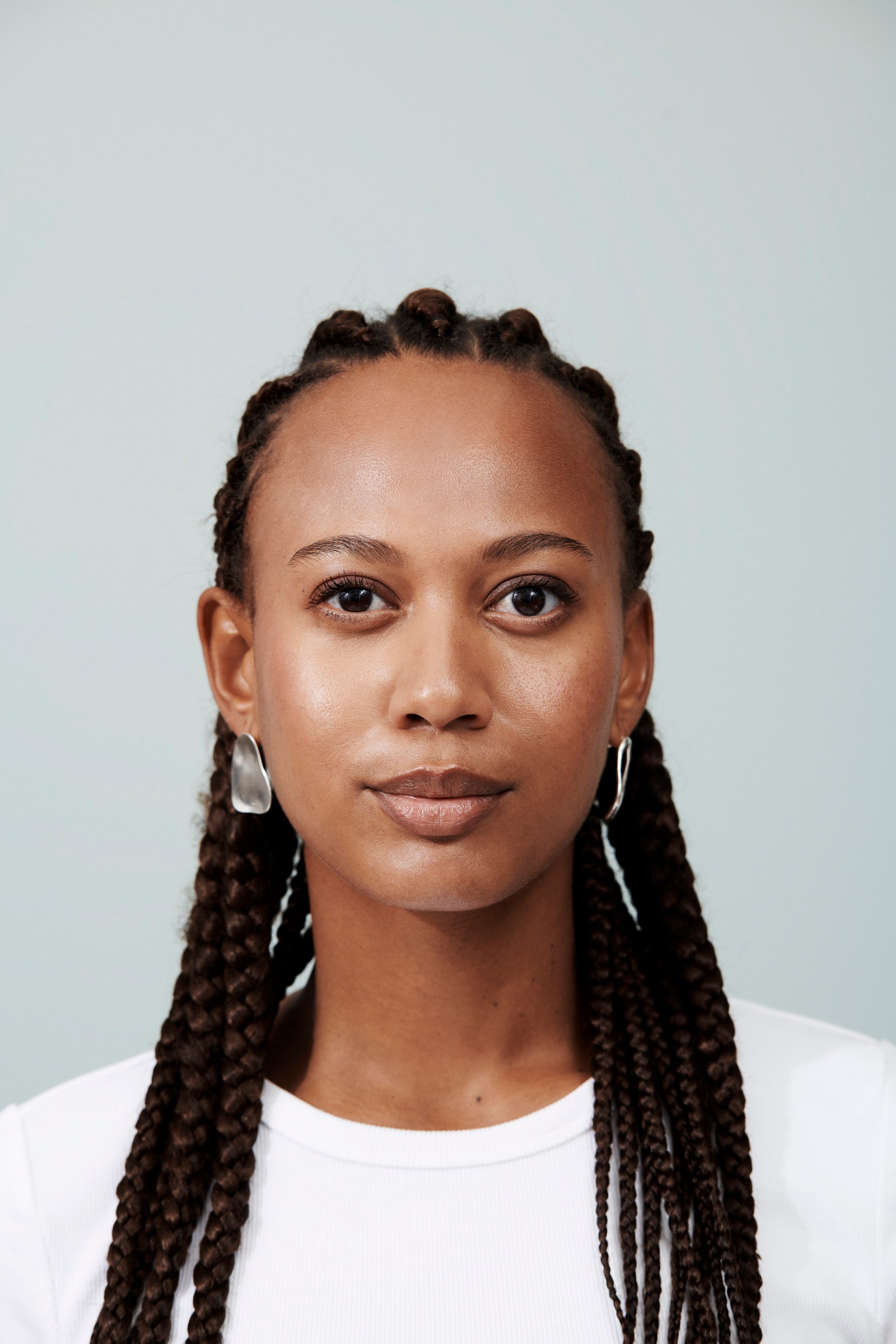 "Banana fiber has the ability to absorb different things, retains the shape of the braid when you curl it, and can be heated up to 400 degrees. It's actually really strong and really durable," explains Jessica Sanders, the brand's chief science officer. In late 2020, May told Bustle that shoppers can send in their PVC-based braiding hair to be recycled and potentially turned into things such as outdoor furniture. Thus far, they've collected 140 pounds of plastic, synthetic hair.

The brand also says it uses "only clean and safe" ingredients, straying away from animal meat fat, the synthetic plastic polymer polyvinyl chloride (PVC), emulsifiers, mono and diglycerides, phthalates, and toxic dyes. "Scalp irritation is really just the beginning. Some of the ingredients [in plastic, synthetic hair] [can] affect your central nervous system, your reproductive system, and are listed as carcinogens," Sanders says. BeautyStat CEO and cosmetic chemist Ron Robinson notes that some of the ingredients in question include phthalates, which "some studies [show] are cancer-causing. That's why it's a very big no-no ingredient that is certainly not being used in cosmetic products but is found in a lot of plastics."

"We have been conditioned to think that a lot of things that are actually unhealthy are normal."

Rebundle braiding hair also doesn't contain tritium, also known as triton. Referring to California’s Proposition 65, the brand notes that California has recognized the chemical as a carcinogen. Vinyl chloride, a chemical used to produce PVC, has also been flagged by California as a carcinogen, and "is on Prop 65 for that reason," shares cosmetic chemist Ni'Kita Wilson.

Wilson says that while any ingredient has the potential of causing harm, understanding how it's being used (topically, injected, etc.) and the concentration is essential. She does note that in her opinion singling out emulsifiers as particularly harmful is a bit tricky "as that is an entire class of products, many of which are not in the least bit harmful." For example, emulsifiers can occur naturally in the food we eat (such as the lecithin in eggs), or they can be synthetic and edify the structure and movement of braiding hair.

Wilson, who describes herself as "not anti-chemical," acknowledges the potential dangers of these ingredients, but also the ambiguity regarding their impact and the importance of putting the product in context. And context is everything. According to the American Cancer Society, Proposition 65 does not require labels to "say anything about how much of the chemical(s) the product contains or how you might be exposed to it." "California looks at what we call the 'neat' chemical, for what it is," Wilson explains. "They're not looking at it in a formula, where it's at .1 percent or 1 percent because there is not a lot of research on the long-term effects if it is touching the scalp for six months. And because we don't know, we err on the side of caution." 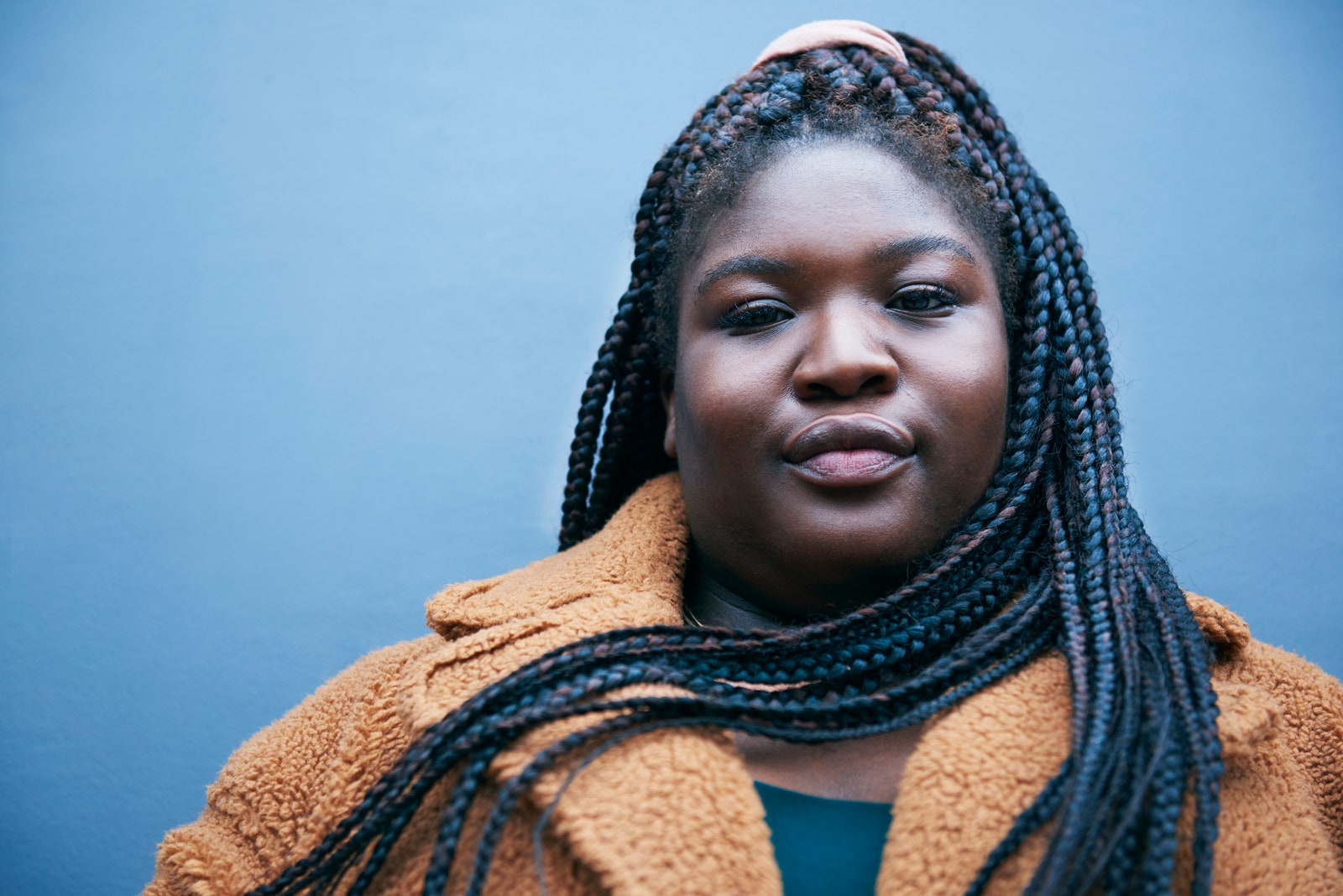 As Wilson explains, when any product is applied to the skin, it will try to rebalance itself. When synthetic hair sits on the scalp, the chemicals can be absorbed into the surface of your skin, causing itching, swelling, and rashes as a result of fighting the chemical imbalance. New York City-based, board-certified dermatologist Elyse Love explains that irritation or skin reactions can manifest in multiple ways, either through a true allergic reaction to the product itself or to the hair's physical properties like the chemistry, texture, and constant friction upon the back and shoulders.

"We have been conditioned to think that a lot of things that are actually unhealthy are normal," says Love. "Flaking and itching usually are connected to a condition called seborrheic dermatitis, which is common in ethnic hair and caused by an overproduction of yeast on the scalp. If you're not having any symptoms except for when you put extensions, braids, or a certain type of hair on the scalp, then it's something to consider." 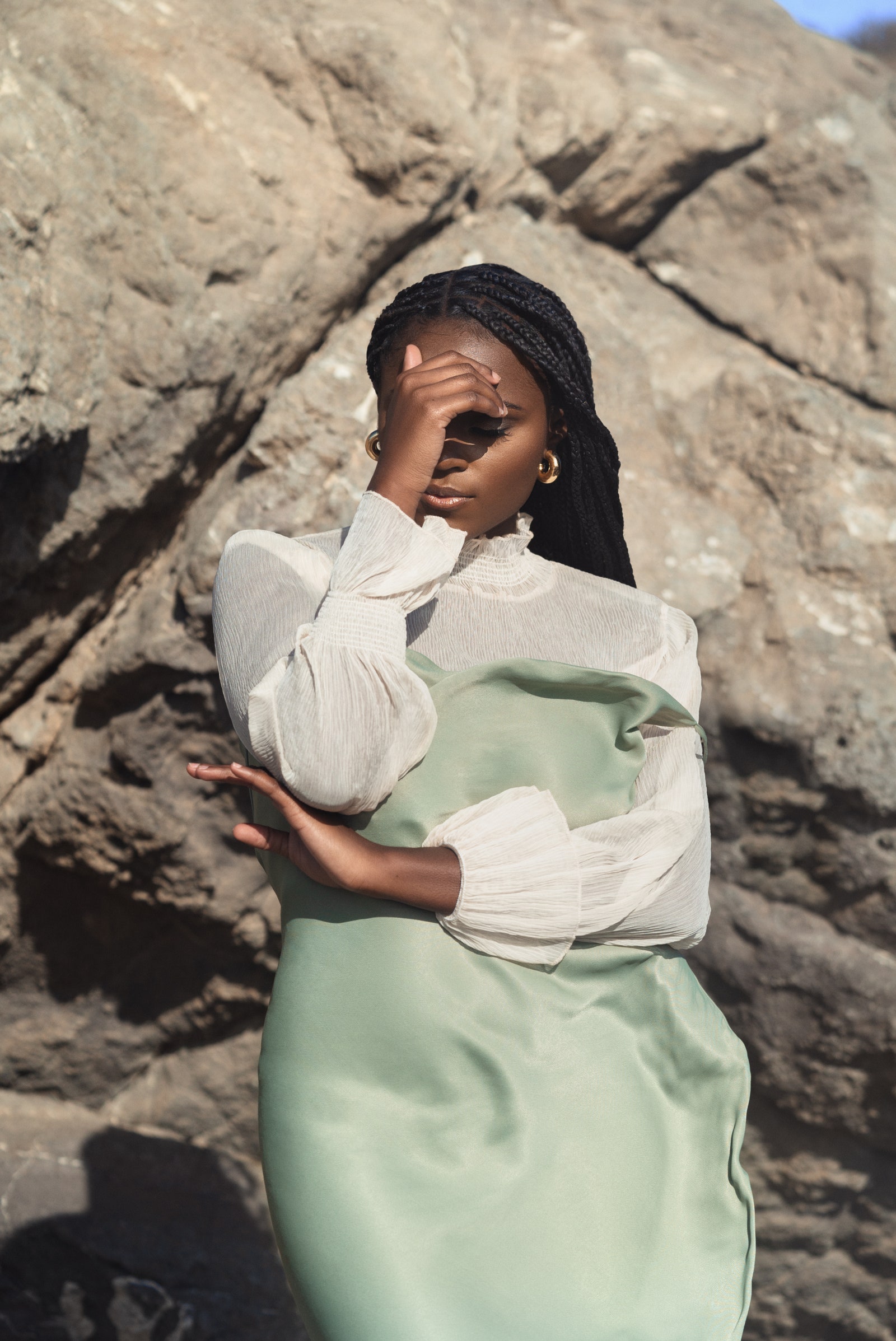 Wilson, Robinson, and Love agree that banana fiber isn't inherently safer, considering that every person reacts differently to different products, which is why Rebundle advises consumers to consult their doctor in the case of an allergic predisposition. However, they are all in accord that Rebundle is spurring innovation in this category.

"After launching pre-orders for 'braid better,' we've received nothing but love from our community and people willing to try an alternative that they've never seen before," said chief marketing officer Danielle Washington. "It's something that we never knew we needed, but we've been trying to remedy by ourselves for so long."

By providing the option to choose better braiding hair, the Rebundle team hopes consumers will grow from a price point they are typically accustomed to — and more importantly, Black women will demand agency over their beauty and health.