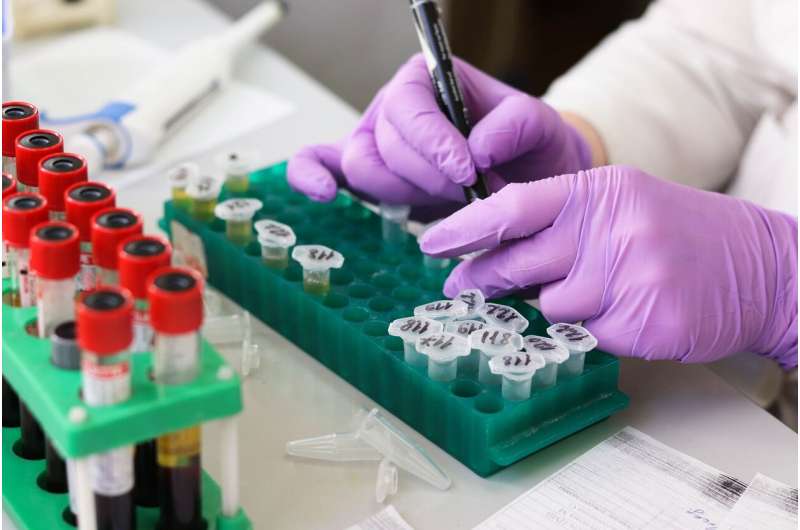 Accurately assessing the exposure of a population to a particular virus is difficult because the tools for doing so do not account for the fact that many viruses comprise multiple circulating strains, or the fact that people can be vaccinated or naturally immune, among other factors. Using influenza as a model, a team of researchers led by Penn State has developed a new technique that overcomes many of these roadblocks, and they say the tool may be useful for better assessments of exposure to a variety of viruses, including the ones that cause COVID-19 and pneumonia.

“Without an accurate picture of a population’s exposure to a particular virus, we cannot effectively plan and implement public health interventions,” said Maciej Boni, associate professor of biology, who led the study.

In their study, which appeared on Nov. 18 in the journal Nature Communications, the researchers specifically investigated the attack rate for human influenza A virus in a tropical setting, which comprises two subtypes—H3N2 and H1N1—and multiple strains.

According to Boni, an attack rate is an estimate of how many people have been infected with a particular disease, regardless of whether they had symptoms or whether they were tested or not.

“Accurately estimating the attack rate of a virus sounds like something epidemiologists should be able to do quite easily,” he said, “but there are at least four major complications. First, you need to pre-plan collections of blood samples, otherwise there’s no way to get a snapshot of who in the population right now has antibodies and who doesn’t. Second, when testing for antibodies, you cannot always differentiate someone who was infected from someone who was vaccinated. Third, antibodies wane, so you may not be able to tell if someone was infected if their antibody levels are low now. Finally, many pathogens circulate as groups of strains or groups of variants, and there may be no laboratory assay to test for general exposure to any of these variants.”

The team, which included researchers from Vietnam and the Netherlands, created a new method that resolves many of these problems and presents accurate general-population, attack-rate estimates for influenza A virus. To conduct their study, the researchers used a dataset of 24,402 general-population serum—or blood plasma—samples collected in central and southern Vietnam between 2009 to 2015 and assayed the samples for antibodies to eleven different strains of human influenza A, including the 1918 pandemic “Spanish Flu’ strain and the 2009 ‘swine flu’ pandemic virus strain, which are within the H1N1 subtype. Next, they used this large set of antibody measurements to derive a ‘composite antibody measurement’ across both subtypes of influenza and across all the different strains.

“This composite measurement allowed us to more accurately estimate who had been infected by any strain and who hadn’t,” said Boni. “This gives us a general picture of the disease burden of influenza in the tropical environment of southern and central Vietnam.”

The team’s results suggest that, on average, 26 percent of the Vietnamese population is exposed to subtype H3N2 influenza every year, and 16 percent is exposed to subtype H1N1. These exposure rates, Boni said, are somewhat higher than the expected level of influenza exposure in temperate countries, all of which have winter flu seasons, but temperate country data have not yet been analyzed with this new approach.

“The future of antibody testing will be to move toward technologically advanced platforms that can test for multiple antibody types in a single blood sample,” said Marion Koopmans, co-lead author of the study and head of the Viroscience Department at the Erasmus Medical Centre in the Netherlands. “With a small team, we were able to generate 270,000 antibody measurements in just two years. This is proof that this approach could work at a larger scale.

The key synergy that allowed this study to go forward, the team said, was the combination of large pre-planned serum collections, which began in 2009, and a high-throughput microarray platform that allowed for large-scale testing of many different kinds of influenza antibodies.

“Pre-planning the serum collections and establishing a large, structured serum bank was the key to this study’s success,” added Guy Thwaites, director of the Oxford University Clinical Research Unit (OUCRU) in Ho Chi Minh City, Vietnam. “The serum bank that made this work possible has also allowed us to do rapid assessments of H7N9 avian influenza antibodies during the H7N9 outbreaks of April 2013 in China, as well as estimates of tetanus vaccine coverage, chikungunya virus circulation history and more.”

According to Boni, the next key steps in this ‘big data’ approach to antibody testing are understanding the dynamics of immune waning.