As many countries are being hit hard by repeated waves of severe acute respiratory syndrome coronavirus 2 (SARS-CoV-2) infection, with associated high rates of symptomatic coronavirus disease 2019 (COVID-19), the emergence of more transmissible and possibly virulent variants challenges the success of the current interventions.

As a result of the high risk of mortality among older adults and the frail, natural infection is not a viable option for the achievement of herd immunity. Instead, vaccines have been rolled out worldwide, in record time, in a valiant attempt to contain the pandemic. 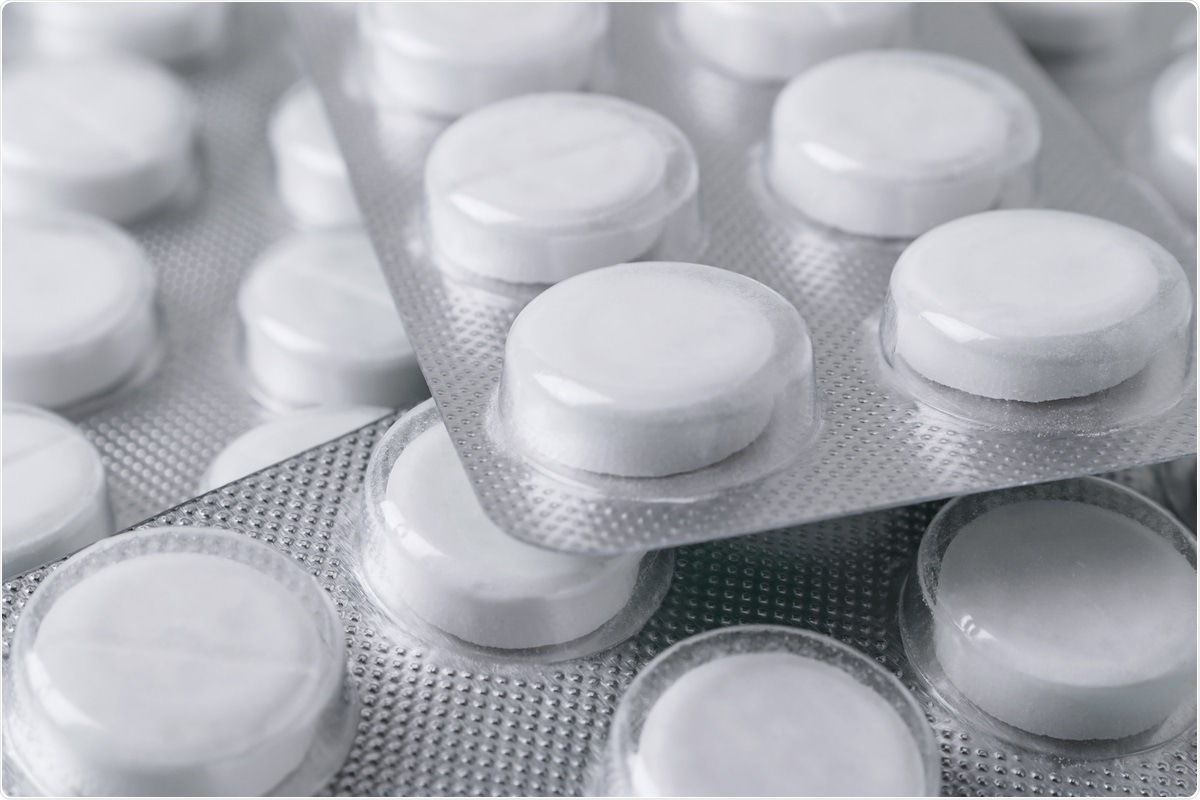 A new preprint, released on the medRxiv* preprint server, reports reduced vaccine efficacy following the use of a single vaccine dose in people who are on the immunosuppressive monoclonal antibody Infliximab.

With vaccine shortages, more and more countries are turning to delayed second-dose protocols, to optimize coverage. This trade-off exchanges vaccine effectiveness for a wider vaccination net.

The study included over 1,300 patients with inflammatory bowel disease, such as Crohn’s disease, who were being treated with Infliximab, when they received one dose of either the Oxford/Astra-Zeneca ChAdOx1 nCoV-19 vaccine, or the BNT162b2 vaccine from Pfizer/BioNTech.

Earlier research by the same scientists showed that serological responses to SARS-CoV-2 infection are reduced or weakened in patients on Infliximab, compared to another drug called vedolizumab.

The current study included 865 patients on Infliximab, an inhibitor of the tumor necrosis factor (TNF), a potent pro-inflammatory molecule, and 428 patients on vedolizumab, which is an anti-integrin α4β7 monoclonal antibody with selective activity in the gut, but no systemic immunosuppressive effects.

Delayed second-dose SARS-CoV-2 vaccination trades maximal effectiveness for a lower level of 54 immunity across more of the population. We investigated whether patients with inflammatory 55 bowel disease treated with Infliximab have attenuated serological responses to a single-dose of a 56 SARS-CoV-2 vaccine.

We have recently reported that seroprevalence, seroconversion in PCR-confirmed cases, and the 106 magnitude of anti-SARS-CoV-2 antibodies following SARS-CoV-2 infection are reduced in Infliximab- 107 compared with vedolizumab-treated patients

What were the results?

At 3-10 weeks from vaccination, the study showed lower antibodies to the viral spike antigen, as well as lower seroconversion rates, in response to both vaccines, in the infliximab cohort, compared to the other. All these patients had no history of prior infection with the virus.

The geometric mean antibody concentrations of anti-spike antibodies in the former were 6 U/mL and 5 U/mL, with the Pfizer and Oxford vaccines, respectively, in the infliximab cohort, compared to 29 U/mL and 14 U/mL, respectively, with vedolizumab.

Individuals who were 60 years old or more, were on immunomodulatory drugs, had Crohn’s disease (but not ulcerative colitis or inflammatory bowel disease unclassified), or were current smokers, showed lower anti-SARS-CoV-2 antibody concentrations following a single dose of either vaccine. Conversely, non-White individuals had higher spike-specific antibody titers.

The knockout of the TNF gene in mice leads to the breakup of the B cell follicles within the germinal center, thus affecting specific antibody production. This could indicate that TNF inhibitors act in this way to benefit inflammatory bowel disease conditions

Seroconversion occurred in a greater proportion of patients after one dose of either vaccine if the patient had a history of prior infection, as well as after both doses of the Pfizer vaccine were given.

Among those with a prior history of infection with this virus, the geometric mean titer of anti- SARS-CoV-2 (S) antibodies was reduced in patients who were on Infliximab relative to vedolizumab.

With one dose of the Pfizer vaccine, the antibody concentration was 190 U/mL vs. 1,865 U/mL in the Infliximab vs. the vedolizumab cohorts. With the Oxford vaccine, the corresponding concentrations were 185 and 752, respectively.

With both drugs and with both vaccines, the antibody titer following vaccination of patients with prior infection was higher, on average, than that measured in naïve subjects. While 82% of the infliximab cohort showed seroconversion, 97% of those on vedolizumab did so.

When two doses of the Pfizer vaccine were given to naïve patients, in either treatment group, both antibody levels and seroconversion rates increased compared to a single dose in patients without a history of infection. The geometric mean titer for infliximab-treated patients with prior infection compared to naïve vaccine recipients was 158 U/mL vs. 6 U/mL, while for vedolizumab, it was 562 U/mL vs. 29 U/mL, respectively.

Seroconversion occurred in roughly 85% of both cohorts (Infliximab and vedolizumab).

What are the implications?

The findings of this study indicate that for patients on anti-TNF therapy, and especially if an immunomodulator is also used, serological responses to the currently used vaccines are significantly impaired after a single dose. This could lead to a higher risk of reinfection.

When two doses are used, conversely, seroconversion rates are higher, which indicates the need for all such patients to receive both doses as designed, without a delay in the second dose.

Moreover, these patients should be considered to be still at risk after a single dose, and should therefore continue to limit their social interactions, and receive shielding, if required.

The absence of seroconversion after two doses was noted in a small fraction of the group, and these patients may need revised vaccine schedules to make sure they mount a protective immune response. Such patients can be identified only by longitudinal measurement of the humoral response.

This will also help estimate the durability of vaccine-induced protective antibodies.

While these findings agree with recent papers that report the Pfizer vaccine and the Moderna vaccine to be immunogenic in transplant patients and in cancer patients on immunosuppressive anti-metabolite drugs, chemotherapy or immunotherapeutic agents. Here, too, seroconversion was lower among those on immunosuppressants compared to healthy controls.

Two doses led to seroconversion even in tumor patients, but the failure to seroconvert mandates research on how to increase the immunogenicity of the vaccines. Another issue with failed seroconversion in patients on immunosuppressants is the occurrence of chronic infection of the nasal tissues, leading to the emergence of new SARS-CoV-2 variants.

Future research should show if this is a danger with infliximab therapy, which is associated with a failed antibody response.

The study also shows that smoking and advancing age are risk factors for an impaired humoral response. Smoking has shown similar deleterious immune-weakening effects in recipients of hepatitis B vaccine. Again, influenza vaccines lead to a more rapid waning of antibodies.

Finally, non-Whites appear to react more strongly to the vaccines with a robust humoral response. Meanwhile, TNF inhibition enhances the risk of serious infection as well as opportunistic infections in these patients.