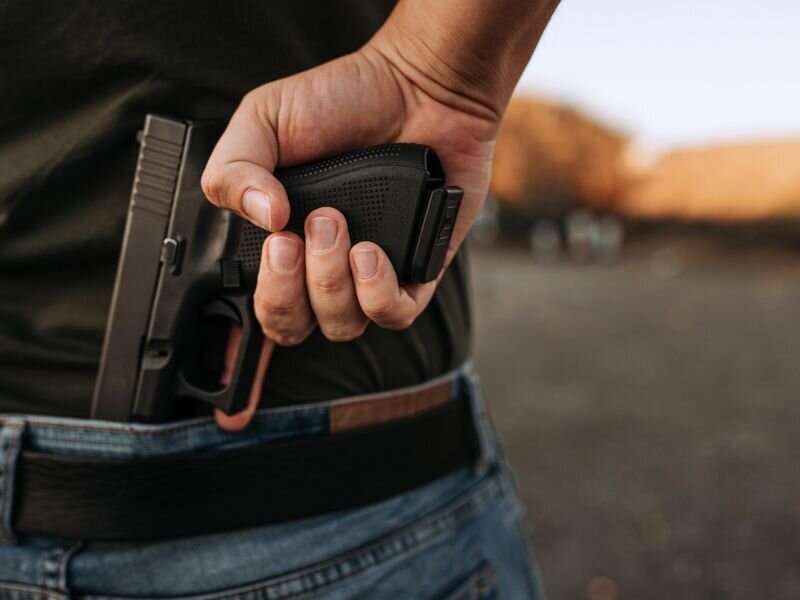 Homicide has become a leading killer of children, with guns being the most common weapon used in their deaths, a new study shows.

The overall rate of homicides in children has grown about 4.3% each year for a decade, with a steep rise seen between 2019 and 2020, when the number of kids who died by homicide rose 27.7%.

Firearm-related homicides rose 47.7% between 2019 and 2020, according to the study by researchers at the National Center for Injury Prevention and Control, the U.S. Department of Defense and Georgia State University’s School of Public Health. The findings were published Dec. 19 in the journal JAMA Pediatrics.

While the increases weren’t surprising, “that doesn’t mean they’re not alarming,” Dr. Elinore Kaufman, an assistant professor in the department of surgery at the Perelman School of Medicine at the University of Pennsylvania, told CNN.

“I think, as a society, we have to take a hard look at the systems that we have in place to protect children and to try to come to an understanding of why they’re not working better for these young children,” said Kaufman, who co-authored an editorial published with the study.

System-based inequities may have led to neighborhoods that have high concentrations of poverty, few safe places to play and underfunded school systems, according to researchers.

Unconscious bias may have led to the perception of children in these groups as “less childlike and innocent” and “as more culpable for their actions,” with “fewer childhood protections and benefit compared to their white peers,” according to the study.

Rural areas have experienced higher homicide rates since 2011, with slower but longer upward growth. The rate of child homicides in the South has been increasing since 2013, according to the study.

One area of concern is growth in homicides among children ages 6 to 10, increasing since 2014.

“I think people often forget about this age group. We think about the younger kids with child abuse and the older kids with firearm injury, but that 6- to 10-year-old group—it’s something that we need to get on our radar and be paying attention to,” Dr. Karen Sheehan told CNN. She is an attending physician in emergency medicine at Ann & Robert H. Lurie Children’s Hospital of Chicago.

Kaufman suggested a multi-pronged response to lower child homicide rates. This would include policy interventions that “create and support services for new parents and families,” such as paid family leave, she said.

In a separate study published in the same journal, researchers found rates of firearm injuries seen at children’s hospitals had grown significantly in 2020 and 2021. They increased 52%, from 1,815 between April 2018 and December 2019, compared to 2,759 from April 20 through December 2021.

More information:
The U.S. Centers for Disease Control and Prevention has more on preventing violence against children and youth globally.