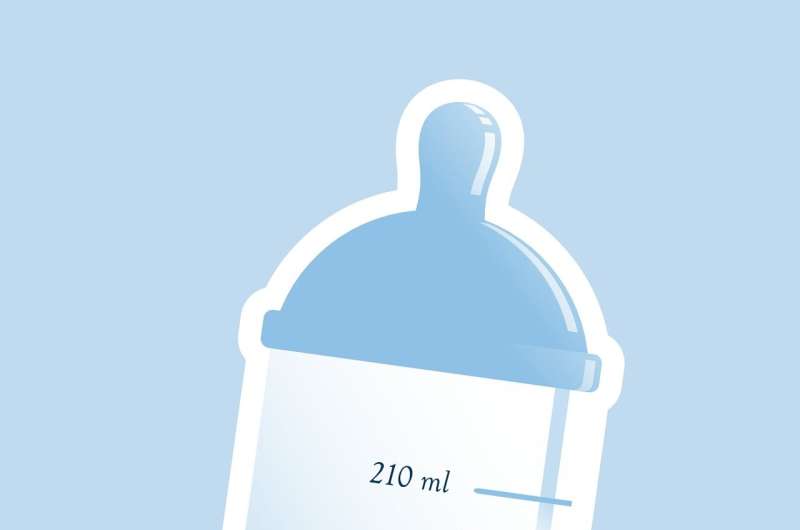 Supply chain issues, recalls and inflation are making it nearly impossible for families to find infant formula on store shelves, with some states reporting more than 50% of products sold out.

Kate Bauer, associate professor of nutritional sciences at the University of Michigan School of Public Health, discusses the impact of the shortage on families.

Who is more likely to be impacted by the formula shortage? Why?

There’s no question in my mind that the formula shortage is disproportionately impacting lower-income women, women of color and women in our urban and rural vs. suburban areas.

The first reason is, of course, finances. Many, many families are living paycheck to paycheck. They are relying on WIC benefits, perhaps even SNAP benefits, to purchase baby formula. They do not have the resources to be able to stock up on formula if they end up at a store where more is available. They didn’t have the ability to stock up months ago when they saw this coming.

Mothers in Detroit and Grand Rapids have been sounding the message since February that there was no formula on their local grocery store shelves. They were the first to experience this problem and I really fear they will be the last to be able to get back to normal when a more regular supply of formula is available. Women living in our urban areas often only have regular access to small neighborhood grocery stores. They may occasionally drive out to the suburbs to go to the larger stores, Costco, Walmart, things like that, but that’s not something they can do on a regular basis. So they’re having to rely on stores that for many months have not had formula on the shelves.

Mothers in rural areas are experiencing the same problem. Up in the UP, the closest large store or other store that has formula on the shelves could be one, even two hours away. If you run out of formula and your local convenience store or grocery store is out, you’re out of luck.

A lot of families in Michigan, and nationwide, are having some (but not a lot of) luck finding formula through mail order companies like Amazon or using apps like Instacart to hit several stores at once. These are just not accessible options for low-income and rural families. I’ve also heard of lots of Michigan mothers getting shipments from or even going into Canada to find formula. And that just takes time and having reliable transportation, which a lot of families do not have.

So we come into a situation now where formula is not available and women who are breastfeeding and are still lactating may be able to increase their supply, but it is near impossible once you’re already exclusively feeding formula to go back to breastfeeding. So that’s just another reason why certain communities will not be able to weather this shortage as much as other communities.

There has been a lot of discussion about people not wanting powdered formula. Why is that?

From what I am seeing and hearing, particularly from mothers of color—Black mothers, Hispanic mothers—there is still a lot of fear about whether formula is safe for their child and, in particular, the powdered formula brands that were part of the recall, even if some of their products were not recalled.

I think a lot of mothers are very fearful. “How do I know that this other brand of powdered formula is going to be safe for my baby?” And so mothers are making the choice to say, I’m not going to use powdered formula, I want liquid ready-to-feed formula. Well, that really, unfortunately, limits what’s available to you and it’s really expensive.

I think this fear and uncertainty about what is safe for my child comes out of the distrust of government that a lot of Black and brown families have, and our state’s history of racist policies and practices that led to events like the Flint Water Crisis. Why should they listen when the government says, “this brand of formula is safe.” They’ve been fooled before by the government. There’s a lot of very reasonable fear around infant formula.

What can parents do to address the shortage?

A really good thing that has happened recently is that the federal government has allowed WIC, the Women, Infants and Children’s program, to have more flexibility in what types of formula WIC can provide. Traditionally, WIC benefits allow mothers to purchase a very limited set of formulas and until the government gave women this flexibility, there was no way they could find the formulas that they were allowed to purchase.

So now, luckily, there is more flexibility. WIC is allowing mothers to buy alternative formulas to the ones they could traditionally buy with WIC benefits. But of course, this still requires being able to find the formula, which has become very difficult.

I would say another suggestion would be, I hope, that our food pantries are supplying or being able to access some formula.

Isn’t that always the case?

No, formula is not actually commonly or typically provided by food pantries because there are so many varieties and it’s specialized as to what types of formulas certain babies use or can tolerate. I haven’t checked in with food pantries since the winter, but I would hope that they have some access to formulas to put more on food pantry shelves.

Have you seen anything through this current crisis that makes you hopeful?

I would say perhaps one of the most hopeful things I’ve seen is mothers supporting other mothers and families supporting families through this. I’m seeing a lot online about mothers sharing formula. If they receive formula and their child couldn’t tolerate it, they’re posting online to give it away to another mother.